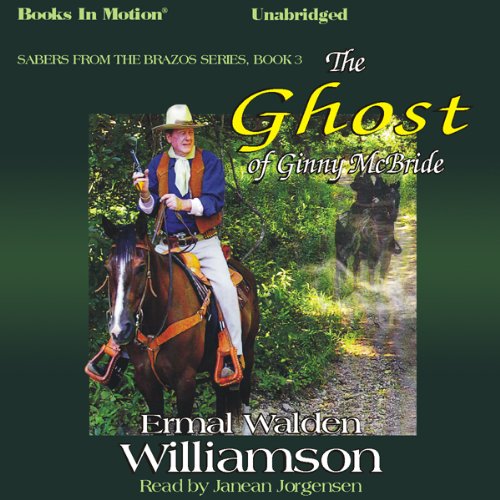 The Ghost of Ginny McBride

The Ghost of Ginny McBride

By: Ermal Walden Williamson
Narrated by: Janean Jorgensen
Free with a 30-day trial

While attempting to join up with her lover Matt Jorgensen as he joins Confederate Calvary, Ginny McBride is hit by a musketball from a Union rifle. She develops amnesia, losing all memory as to who and where she is. Matt spends his military time trying to find her. When she returns to herself, she in turn tries to find Matt. It is a story that also engulfs the Western folklore of Jesse James, Cole Younger and his brothers and Belle (Starr) Shirley as they became legends.

What listeners say about The Ghost of Ginny McBride