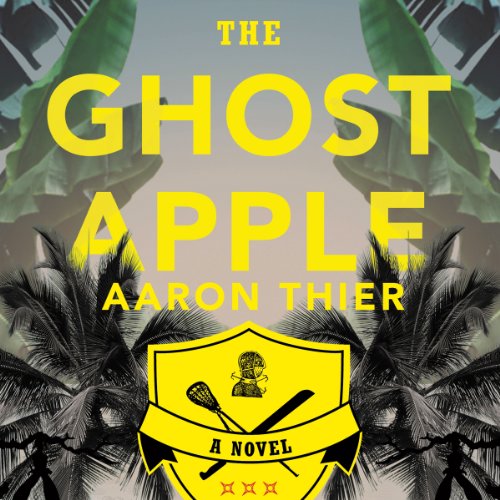 By: Aaron Thier
Narrated by: Joel Richards,Sean Crisden,Karen Chilton
Try for $0.00

At the turn of the eighteenth century, John Morehead Tripoli is marooned on the unspoiled Caribbean island of St. Renard. There, he lives for an idyllic year in a community of Carawak Indians.

Three hundred years later, the Carawak are gone, St. Renard is carpeted with banana plantations and sugarcane fields, and Tripoli himself is remembered only through his grandson, founder of New Hampshire’s Tripoli College, which maintains a branch campus on the island. The college, never prosperous, has been forced to enter into a coercive financial relationship with snack food giant Big Anna Brands, the same corporation that controls most of the land on St. Renard. Big Anna deposes the college president, uses students and faculty as test subjects for a “dietary and mood additive” called Malpraxalin, and hijacks the St. Renard campus for a “field studies” program.

At the heart of this twisted satire are two souls in transition. Bill Brees is a grandfatherly dean, “undercover” as a Tripoli freshman, and bemused by how things have changed since his undergrad days. Maggie Bell is an African-American student, startled into the realization that nothing really changes at all. When these unlikely friends both elect to spend their spring semesters in the Caribbean, they will see a side of Big Anna even uglier than they could have imagined.

The Ghost Apple develops through a varied and colorful collection of documents, including tourism pamphlets, blog posts, slave narratives, and personal correspondence. Slowly these texts reveal the extent of Tripoli’s current crisis, and highlight those historical crises in the midst of which the college—and the nation—were founded.

What listeners say about The Ghost Apple

Yes. It is a fun to read. The voice acting really nailed the tone.

I liked the contrast of settings and the modern day slave-narrative was gripping.

The narrators of this book really understood the nuance of the humor and were able to mix the hilarious parts with the sad ones.