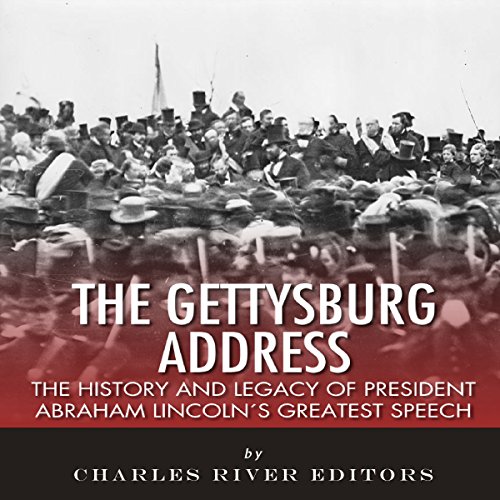 By: Charles River Editors
Narrated by: Larry Earnhart
Try for $0.00

"Four score and seven years ago our fathers brought forth on this continent a new nation, conceived in liberty, and dedicated to the proposition that all men are created equal. Now we are engaged in a great civil war, testing whether that nation, or any nation so conceived and so dedicated, can long endure. We are met on a great battlefield of that war. We have come to dedicate a portion of that field, as a final resting place for those who here gave their lives that that nation might live." (Abraham Lincoln)

Without question, the most famous battle of the American Civil War took place outside of the small town of Gettysburg, Pennsylvania, which happened to be a transportation hub, serving as the center of a wheel with several roads leading out to other Pennsylvanian towns. From July 1 to 3, Robert E. Lee's Confederate Army of Northern Virginia tried everything in its power to decisively defeat George Meade's Union Army of the Potomac, unleashing ferocious assaults that inflicted nearly 50,000 casualties in all. When a crowd came to Gettysburg in November 1863 to commemorate the battle fought there four months earlier and dedicate a new national cemetery, they came to hear a series of speeches about the Civil War and the events of that battle. Today it may seem obvious to invite the president to such an occasion, but Lincoln was initially an afterthought, and though he did come to deliver remarks, he was not in fact the keynote speaker.

What listeners say about The Gettysburg Address

’Honest Abe’ gave his thanks and informed the citizens of our country that, as had former statesmen of other nations, showed appreciation for the valor and patriotic devotion to duty of their citizenry to assure the success of the Democratic governor of their country.
In short, President Lincoln sincerely expressed
E Pluribus Unum. Please share this Address with others. Bye for now ;-) Glen