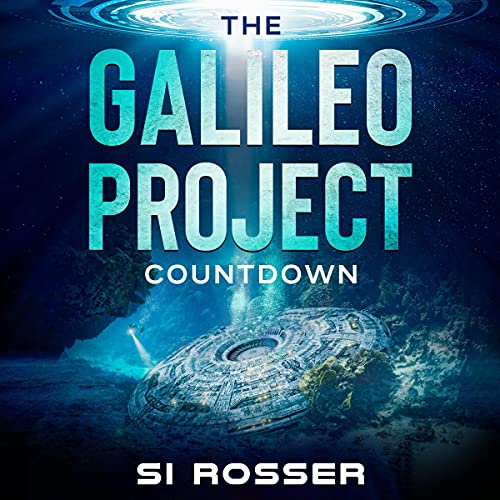 By: Simon Rosser
Narrated by: David Loving
Try for $0.00

Fact: In June 2021, a host of National Security Agencies, including the Pentagon are obligated to provide a detailed report on the UFO issue to the US Senate.

Now, Robert Spire is about to be thrust into the rapidly evolving UFO phenomenon, in this fast-paced Sci-Fi Mystery Thriller. (This is part 2 of a three book series)

During the height of the escalating cold war between the Superpowers, strange events are occurring on the Welsh coastline, an area that would later become known as, The Welsh Triangle. On the opposite side of the country, even more disturbing occurrences are unfolding in Rendlesham Forest, in Suffolk, England, which separates the twin airbases of RAF Woodbridge and Bentwaters, occupied by the USAF The event is now known as The Rendlesham Forest Incident.

Following the assassination of renowned US physicist, Professor Robert Lazarus, ex-environmental lawyer, Robert Spire, has been tasked by the UK’s GLENCOM environmental agency to follow up on Lazarus’ incredible claims. It appears that Lazarus was about to reveal a paradigm-shifting energy, linked to UFO/ET technology. Following the assassination, Spire recovers Lazarus’ smart-phone device and discovers a high-tech message in a bottle – a hologram message, for him.

The message is clear: Continue my quest…. Reveal the truth…. Don’t get killed.

Before departing for the USA to follow up on Lazarus’ claims, Spire decides to investigate some alleged UFO sighting closer to home. Events that took place during the late 1970s in a sleepy area of Wales, known as The Welsh Triangle, but soon discovers he is being monitored. Spire further discovers that another strange series of events took place in the dying days of 1980 at the other end of the country, on the twin RAF airbases of Woodbridge and Bentwaters, then occupied by the USAF. The bases were being used as a frontline command, should the Soviet Union invade Europe. As Spire continues his quest to reveal the truth behind the UFO phenomenon, he quickly realizes an inescapable reality – either thousands of respectable and reputable witnesses to such events are all lying, or mistaken in what they see, or we are being visited and closely monitored by off-world intelligences.

Spire gathers all the resources he can, and with help from GLENCOM, Dr Isobel Enova and ex-Marine, Travis Dexter he digs deeper into the UFO phenomena and Lazarus’ posthumous last wish – to search for evidence that contact with an ET civilisation has already occurred and not only that, but  mankind has been able to reverse-engineer advanced alien technology.

But why the secrecy and continuing government cover up in relation to the UFO phenomenon and the paradigm-shifting technology that might have been acquired? Spire discovers that the truth is stranger, and indeed more dangerous than fiction....

loved the intense scenes and the mystery. great writing that keeps you clued to the audio device so you can find out what happens next. highly recommend