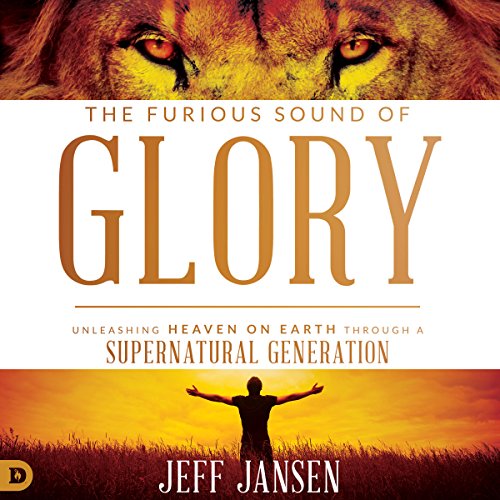 The Furious Sound of Glory

By: Jeff Jansen
Narrated by: Jamin Bradley
Try for $0.00

"Partner with heaven to release the sound of breakthrough!

The sound of the roar of the lion of the tribe of Judah is being released upon this generation. It will change and restore everything it touches right down to the core structure or subatomic level. Every generation from the beginning of time also contained its own sound.

Once released, the roar of the lord shattered the opposition, unfroze the inhabitants of the land, and turned hearts of stone into flesh and blood. That sound created breakthrough, which enabled the transformation of the regions in which they lived, revealing the intentions and purposes of God. Now, in our time, a generation must arise and wake up from its slumber to release the fresh new sound of heaven." (Jeff Jansen)

As you learn to recognize and release the Furious Sound of Glory, you will witness the power of heaven break into your life - transforming impossible situations, overturning injustice, healing disease, delivering the oppressed, and creating an atmosphere for personal revival and corporate awakening!

"[ The Furious Sound of Glory] will surely be used as a textbook for a hungry generation looking for instruction on how to shape the course of world history." (Bill Johnson, author of When Heaven Invades Earth)
"This book will help unleash heaven on Earth through the spirit of revival." (James W. Goll, author of The Seer)
"A clarion call for radical revivalists to rise up in this epic transition and take our rightful place on earth." (Kris Vallotton, author of School of the Prophets)

What listeners say about The Furious Sound of Glory

I loved everything about this book except for the 3 spots where it repeated a line while speaking the next line simultaneously. Could be a download error, but even a friend I sent the book to had the same issue.

I absolutely loved this book! It kept my attention. It sure reveals how much we have not been taught in Western Christianity and what the churches do not want to address. My eyes have been so opened to the spiritual realm through those like Jeff and Daniel Duval.