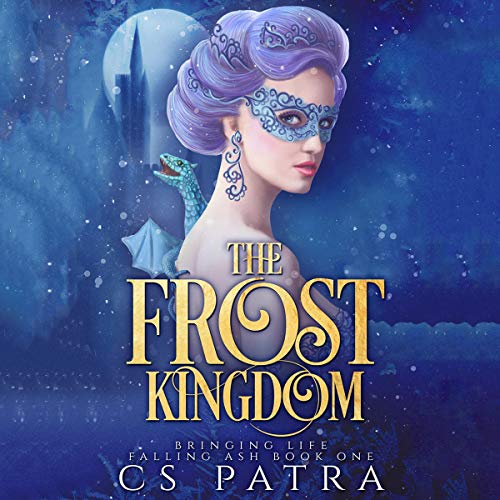 In the kingdom of Themasa, 16-year old Alice lives as a baker with a secret very few know about - she has the ability to make flowers and leaves sprout out of living things with her bare touch. Over in the castle, 17-year old Princess Lavinia is locked away by her family because of her curse, the ability to turn living creatures into ashes with her bare touch. The two of them meet and realize that they both want to get rid of their abilities. Realizing that neither can survive like this forever, Alice and Vinnie decide to leave their kingdom and find a way to free themselves of their curses.

Aided by the help of a thief and fellow baker Kian, strange spirits calling themselves Light and Dark, a tiny pet dragon named Elias, and an ice serpent named Madelyn, the two of them start to move out of Themasa and stay one step ahead of the king's men. Along the way, they learn about the obstacles blocking them and that they need to cross three different kingdoms: the Frost Kingdom, the Petal Kingdom, and the Sugar Kingdom. In addition to avoiding the king's men, they must also fight against magic as well as the forces of nature to get their goal.

As it soon turns out, Alice and Vinnie realize their friendship is growing into something more. It's something that neither has felt before and they want to explore it. The only way to do that is to continue moving forward and finding a way to touch each other with love.

What listeners say about The Frost Kingdom

Nice for Readers Who Enjoy The Lunar Chronicles

"The Frosted Kingdom" was an easy listen. The narrator has a very pretty and regal voice. I love that kind of voice when listening to fantasy books.

I enjoyed the story and for readers/listeners who enjoy books like The Lunar Chronicles or similar books you will probably enjoy this listen as well. I liked the story and the characters. Also had some Frozen vibes going on. I just hate when books end on cliff hangers. With that said, I am excited for the next book. I enjoyed the bakery setting, the mystery surrounding a royal child, and cannot to learn more about the various powers in future books.

I received this audiobook at my request and I provided this voluntary review.

So... This book was labeled as Fantasy when I got it, and while that's true I don't think that's what the author wanted to write. The story feels contrived, and the characters are pretty... boring... Everyone of the 3 main characters feels flat and one dimensional, they don't bring anything interesting. The struggle of the love interests feels like the author was looking for a way to keep them from being able to touch and then built a whole world around that. There are a several repeated conversations, and the conversations, when they're new, are... limited... boring... I'm not quite sure what it is but they are tough to listen to. Overall, I feel like there were some interesting bones in this, but the body just fell apart, a good editor or rewrite probably could have made this into a half-decent book, but as it stands I just can't really recommend it.

The two main characters can't touch because one kills everything living she touches, the other bursts life from everything she touches, the world has examples of this sort of thing before, but no one has sorted out how to fix it... One of them literally has a king & queen for parents and they can't/won't fix it. Maybe the idea is to build intrigue but in a world full of magic this doesn't seem to hold a lot of water. Beyond that the two girls will obviously touch at some point and their powers probably cancel each other out, I might be wrong there, but it was the impression I got as soon as the characters met.

To the author, if you read these. Don't give up, there were some points during this where I could really feel some potential and started to lose myself in the story, the train scene is a decent example. I think with some additional work and some assistance your books could get there.

Not My Cup Of Tea

I am not sure if I really understood this story. The narrator changed voices for the characters several times. I got this ARC via audiobook boom and this is my voluntary review. When it started the interactions between the characters was a little off by the end of the story I thought I understood what was going on. The young people were there to end the war, yet they were only able to do something if they could remove the curses. But removing the curses will not allow them to end the war.

A Decent Start, I'd Pick Up The Next Book

I wanted to read The Frost Kingdom for two reasons:
1. The Cover! Is it not gorgeous?
2. I tend to read mainly romance and I’ve been wanting to branch out to other genres so I figured pretty cover + audiobook + genre I don’t really read would work for me.

The Frost Kingdom is about a young princess and a baker both who were cursed. One can turn things into flowers and the other who can turn things to ash. Princess Lavina is tired of her curse and wants to find a witch who can reverse it and she enlists the help of Alice (the baker) and Kian (baker and thief). This sounds amazing right? The plot wasn’t executed that well but it was pretty decent start to the series.

What I Liked:
+ Obviously the cover! It is so eye catching.
+ The Narrator – some reviews will tell you that the other voices made for the other characters were annoying. I however, really enjoyed them and actually made me like the audio a lot.
+ The Romance – the romance was a nice touch and it was honestly a bit surprising. I did feel like the author threw it in at a random time so I felt like this could’ve been woven in a bit better. It did leave me curious about it.
+ The Ending – the ending was honestly the saving grace for this book. It felt like the novel was finally getting its gears going and I wanted to know what happened next.


What I didn’t:
+ The pacing of the story. It felt like a whole lot of nothing happened through the novel. It was also repetitive. I felt like the character kept saying the same things over and over again.
+ It left me with so many questions, maybe they’ll be answered in the next book but I felt like some of my questions should’ve been answered in the first book just so that it could have a solid foundation.

Overall,
I did enjoy the narration and the story finally started picking up at the end. I would read the second book, would it be a top priority? Probably not. I do see potential in the story and I am curious to see how this continues.

This book only gets you started in the story. The characters meet and start on a journey. OF course there are problems along the way. The book has a lot of potential but I felt after 6 hours that the story did not progress as far as I expected.
The story line is good just needs to be expanded.

Good book with nice characters and a nice twist on a what is a pretty classic plot.

Narrator chose the MOST annoying voices for the characters. Made me just want to smack them. Especially the main character, whose voice we of course hear the most.

As for the writing, it was awkward and rife with repetitive word choices and over-explaining. Things like
"The cakes were three-layer cakes" and "dressed in a simple red dress." And the main character is young, so she says other bakers "were adults: these were people who had more experience and could help her." As if 'adults' is some exotic word requiring explanation.

"Alice nodded. The excitement she felt earlier was now filling up with dread. for the past few weeks, a thief had popped up and was targeting houses..." I think this book could use a good edit.

Plot-wise, there were several holes I noticed from the start. When speaking to Vinnie, Alice says "are you from a neighboring town? we get visitors from there occasionally". From *there* - as if there's only one? Also later it's referred to as a neighboring kingdom. does each kingdom have only one town?

Also she says being touched by someone's bare skin will cause them to erupt in flowers and die. And her parents never held her. Like, never? Seems like they'd have had to figure this out somehow. Were there unfortunate nurses and her mother just never touched her as a newborn?

I was hoping from the description and gorgeous cover that I'd really like this one, but I don't think I can even stand to continue it.