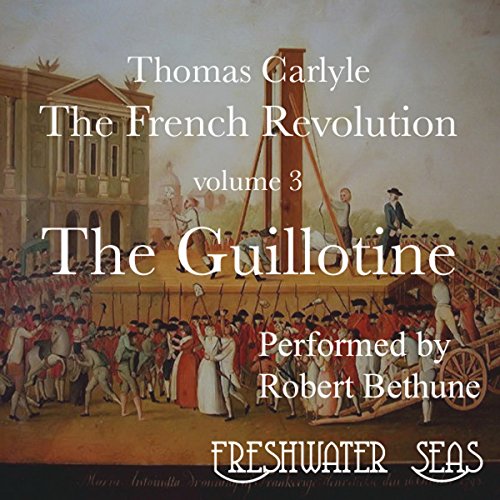 By: Thomas Carlyle
Narrated by: Robert Bethune
Try for $0.00

Thomas Carlyle's The French Revolution is a landmark of literary history. Conceived not as a dry recounting of facts, but as a personal, vivid, direct, and dramatic encounter with the turbulent times of revolutionary France, it is in fact an extended dramatic monologue in which we meet not only the striking personalities and events of the time, but the equally striking personality and mind of Thomas Carlyle himself.

In this, the third volume of the series, we live out the course of the French Revolution, from the aftermath of the insurrection of August 1792, which effectively brought the reign of Louis XVI to an end, through the short-lived Constitutional Assembly, into and through the horrors of the Reign of Terror and the emergence of the man on horseback: Napoleon Bonaparte.

Thomas Carlyle's writing is a true challenge to the reader and the listener. He does not write in the calm, objective, matter-of-fact style of a modern historian; quite the contrary! He writes as if he were there, a witness to history, passionately involved with the events that he makes unfold before our eyes. He gives his rare mastery of the outer reaches of the English language full scope, challenging us to grasp not only his complex thoughts, but his intricate manner of expressing them. Grappling with his mind and with the events of the Revolution at the same time is a powerful challenge for any reader or listener.
©2009 Thomas Carlyle (P)2009 Robert William Bethune
Europe Classics
Show more Show less

What listeners say about The French Revolution, Volume 3