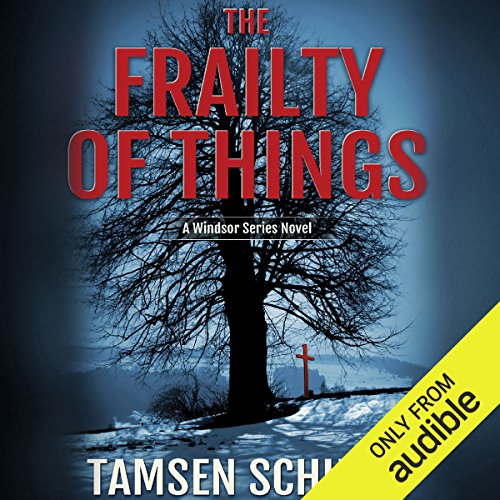 The Frailty of Things

By: Tamsen Schultz
Narrated by: Katina Kalin
Try for $0.00

Independence. Kit Forrester is a woman who wears her independence like armor. Despite keeping secrets and hiding her past, she's built a life she loves and is accountable to no one. Until, that is, one of the world's most wanted war criminals sets his sights on her and she must weigh the risk to one against the chance of justice and closure for many—a decision Kit couldn't make on her own even if she wanted to.

Certainty. As a man who makes his living in the shadows of governments and wars, certainty isn't a part of Garret Cantona's vocabulary, and he's just fine with that. But when Kit walks into his life, he realizes he's never before been so sure about anything or anyone. Suddenly, he finds that he's looking at the world, his world, in a different light. And now that he is, he's determined to protect it, and her, in whatever way he can.

Frailty. No one knows better than Kit and Garret that an appreciation for what is, or what was, or what might be, can be born from the uncertainty and fragility of life. But when a hunt for a killer leaves Garret no choice but to throw Kit back into her broken and damaged past, even his unshakable faith in what they have together might not be enough to keep it from shattering into a million pieces.

What listeners say about The Frailty of Things

Another incredible book in this series!!!

Gripping and so wonderful!! I’m excited for the next one. What an amazing series of stories!!!