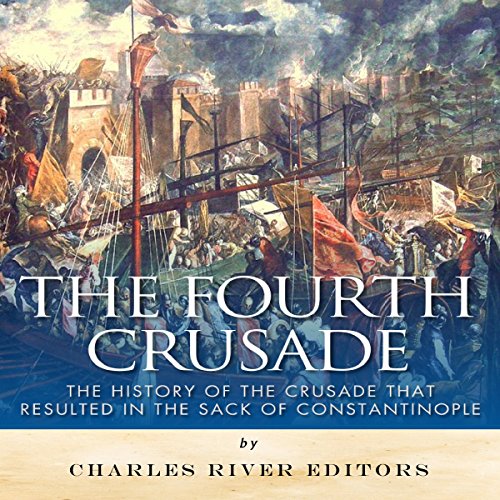 The History of the Crusade That Resulted in the Sack of Constantinople
By: Charles River Editors
Narrated by: Dan Gallagher
Length: 1 hr and 20 mins
Categories: History, European
3 out of 5 stars 3.0 (4 ratings)

The Fourth Crusade from 1202-1204 is significant in medieval history because it was the first time a crusade was directed against another Christian group. It was also significant since it encompassed two of the four major sieges of Constantinople, and it also sparked a third in 1235 (an unsuccessful attempt to reverse the Latin gains in 1204). Given that legacy, it's ironic that like the Crusades before it, the Fourth Crusade was originally intended as an invasion of Egypt, which had been conquered by Saladin and his uncle nearly four decades earlier. Egypt had been joined with Syria into one Muslim empire under Saladin, but it had fallen apart into two separate realms after his death shortly after the Third Crusade in 1193. Following that crusade, the main objective of the Crusaders in the 13th century was to conquer Egypt and use it as a beachhead against the Muslims in Syria who threatened Christian Palestine, a goal that should have been beneficial to all of Christendom in both the West and East. Instead, during the Fourth Crusade, tensions between the Latin Christians of Western Europe and the Greek Christians of Constantinople came to a head after a century and three previous Crusades. This resulted in a critical breakdown of communications that resulted in an internal war within Christendom and led to the sack of Constantinople by the Crusaders.