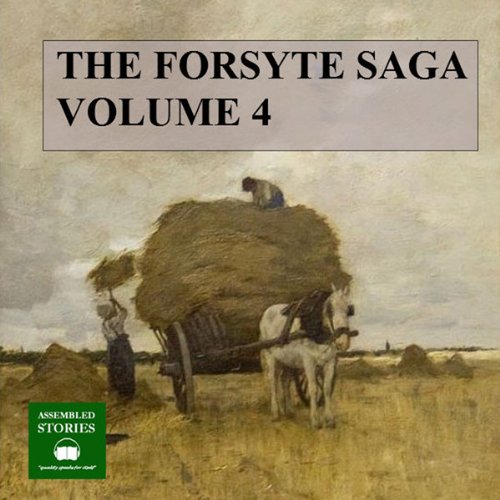 It is 1899. Old Jolyon has long since been buried at Robin Hill, and with the death of Aunt Susan in 1895 and Roger’s funeral opening this instalment of the Saga, the Forsytes are fast becoming aware of their mortality.

Yet more problems beset the family. Montague Dartie leaves his wife for Buenos Aires to pursue his latest flame, a dancer. Young Jolyon’s wife has died and his father entrusted him as executor of his will, ensuring that Irene receives the interest on the sum the old man left her.

Motor cars are beginning to fill the streets of London, and war with the Boers is about to be declared. Soames is now 44 years old, separated from Irene for 12 years and yearning for a son to whom he can leave his property.

He meets and begins to woo Annette. Could she give him an heir? At first, he favours the idea and prepares to seek a divorce, but meeting Irene again rekindles that desperate, unfulfilled passion. Why should she not come back to him? He informs Jolyon of his intentions, asking the artist to ‘kindly leave her quite alone’; ‘I can give you no such promise’ comes the firm reply, and the battle begins in earnest.

"Peter Joyce is the most remarkable one-man band in audiobook publishing. Joyce, an experienced actor, reads them all himself." ( The Independent)
“Family sagas, from Icelandic to Aga, have diverted readers for centuries, but the Forsytes remain the brand leaders. The clever thing about this edition is that it comes in small, easily digestible portions. Peter Joyce, whose rhetorical resonance is perfect for his subject, has divided the saga into nine volumes, each lasting around five hours. Listen for yourselves. It was the dialogue that had me constantly rewinding…. their lives are eminently and endlessly fascinating.” ( The Guardian)

What listeners say about The Forsyte Saga, Volume 4