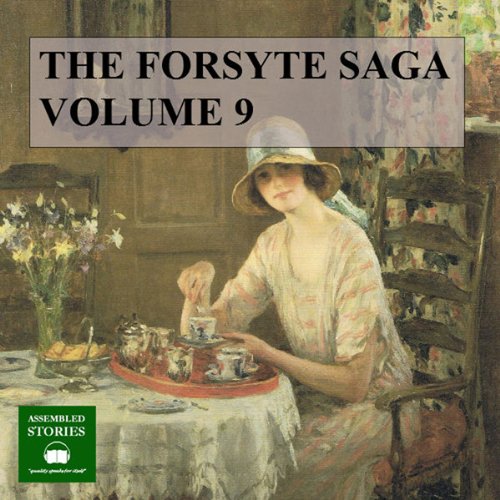 As Jolyons condition worsens he writes a letter to Jon explaining the history of the feud, intending to use it only as a last resort. The boy eventually reads his father’s ‘confession’ and Jolyon is brought down by the stress.

The young Mont continues to pay court to Fleur. Soames, hedging his bets, researches the boy’s background and finds that an alliance with the nobility might have its attractions.

Jon now knows the truth and believes that Fleur ought to have told him. Irene absolves her son and tells him to do what he must for his happiness.

Under Fleur’s influence Soames visits Robin Hill for the last time to resolve the emotional checkmate and meets a stubborn Jon who feels he must remain true to his father’s wishes.

Fleur is devastated when she receives this news and in a wounded, unstable frame of mind agrees to marry Mont. Timothy, the last remaining Forsyte of the older generation dies and the funeral is attended only by Soames, his clerk and two servants. The furniture and effects of ‘Forsyte Change’ are sold at auction and three days later Soames visits the Forsyte vault at Highgate cemetery.

An airplane ‘booms overhead’ and the new century envelops him. The sun is on his face and there is nature all around but there is a craving in his heart. Will he ever really appreciate any of the beauty and the loving in the world?

‘Peter Joyce is the most remarkable one-man band in audiobook publishing. Joyce, an experienced actor, reads them all himself.’ ( The Independent)
‘Family sagas, from Icelandic to Aga, have diverted readers for centuries, but the Forsytes remain the brand leaders. The clever thing about this edition is that it comes in small, easily digestible portions. Peter Joyce, whose rhetorical resonance is perfect for his subject, has divided the saga into nine volumes, each lasting around five hours. Listen for yourselves. It was the dialogue that had me constantly rewinding…. their lives are eminently and endlessly fascinating.’ (Sue Arnold, The Guardian)

What listeners say about The Forsyte Saga

I have listened to all nine volumes; fabulous literature not to be missed.