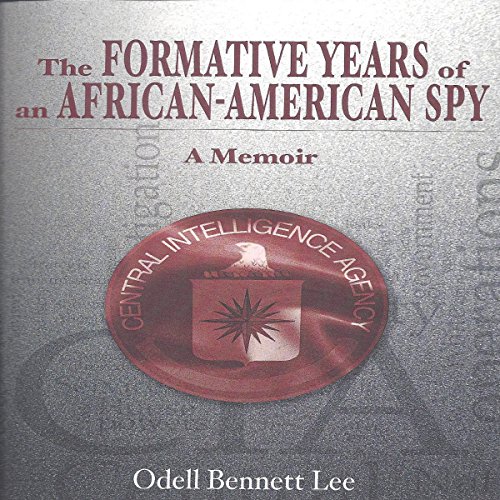 The Formative Years of an African-American Spy

The Formative Years of an African-American Spy

This story traces the childhood experiences of an African-American CIA officer.

Poverty and racism were lesser evils than the Cinderella-like experiences in his dysfunctional family. He endured the volatility of a no-nonsense mother who used the rod at his slightest infraction, and the loathing of two stepfathers that sought to isolate him from the family. Through adversity and chance, at an early age he learned to decouple his self-image from his turbulent childhood experiences. More importantly, he learned to keep a cool head in the face of antagonistic and ambiguous situations, and he refused to let others define his personal worth.

At 16, he dropped out of high school to join the US Navy. He welcomed the navy's carefully constructed value system that demanded teamwork, courage, and personal confidence. On his 17th birthday, he was sailing across the Pacific Ocean to such far off places as Japan, Hong Kong, Guam, and Australia. He discovered that the world was very different from the one he had known, yet he felt safe for the first time in his life.

After the navy, friends and colleagues convinced him to complete his education. He received his high school diploma at age 23 and attended undergraduate school at the University of California, Los Angeles, and graduate school at The Johns Hopkins University School of Advanced International Studies. He worked for several international businesses before coming to the attention of the CIA. The CIA offered him a unique opportunity to serve his country that he could not refuse.

Unlike most books about the CIA, this one is deeply personal and offers an insight into the mind of an African-American spy. Learning from his positive and negative experiences proved essential to his success as a case officer in the covert services of the Central Intelligence Agency and helped him formulate a rewarding philosophy of life to live by....