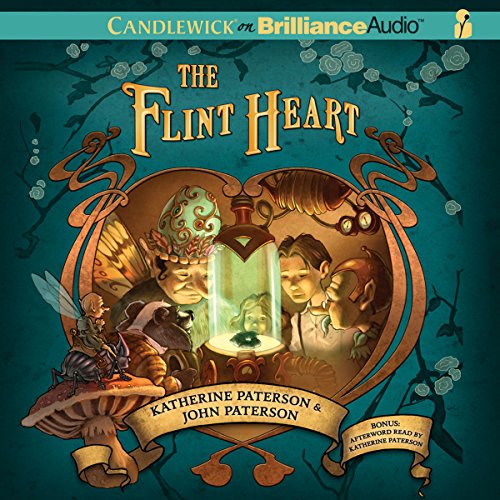 Long ago, in the land of Dartmoor, a magic man created an enchanted charm that granted its possessor incredible power - at the cost of the wearer’s own tenderness and compassion. After the merciless Flint Heart causes much destruction, it is lost among the reeds and rocks of the moor, where a kindly farmer discovers it thousands of years later.

With the Flint Heart in his possession, the once adoring father Billy Jago is transformed into a cruel and merciless brute. Young Charles is determined to win back his father’s true nature, and with his sister Unity and dog, Ship, he sets off into an enchanted world where animals talk, fairies hold elaborate banquets, and magical mischief must be resolved to bring Dartmoor and Merripit Farm back to rights again.

This luminous fantasy by Katherine and John Paterson, freely abridged from Eden Phillpotts’s original story, is a tale that promises to capture the hearts of listeners with an enchantment all its own.