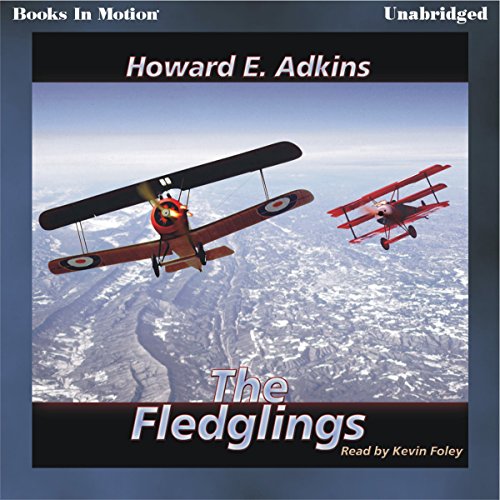 The Fledglings examines the maturation of three young men in the crucible of the terrifying and bloody first World War. Of course, their loss of innocence is not unique to war alone, but such an arena accelerates the process and is a much harsher compass.

The time period is one of revolutionary change throughout the world, but nowhere is the transformation in the early 20th century more pronounced than in warfare - killing has become a highly refined process and has now even moved into the air. In the telling of the story, there is a great deal of aerial combat, many details of the techniques employed, and specifics about the planes of that era.

The book started at a modest pace whilst the author covered the background of each fledgling. Once he focussed on the key characters the pace began to accelerate and we were suddenly in the thick of WW1 air action. And then suddenly the book came to an end. I guess I must have been enjoying it because I did not want it to end and I was left feeling was this just part one, but no it was the end. well written and some very good characterisation.