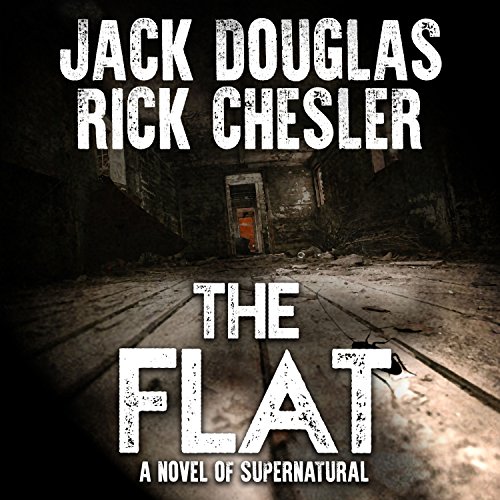 By: Jack Douglas,Rick Chesler
Narrated by: Stockton Harris
Try for $0.00

When a troubled young American couple leases a flat in Portugal, they hope to rekindle lost feelings for one another in an exotic new setting far removed from reminders of their past. But as the first hours in their new surroundings unfold, it quickly becomes apparent that their stay in the flat will be anything but relaxing. Something haunts the unit, and now it's haunting them, shutting them off from the outside world.

At the same time, it turns the lovers against one another in the most brutal of ways. As they struggle to find a way out of a living hell, with its multitude of unforgiving horrors, the two finally come to realize they can't escape themselves. And that no one leaves The Flat.

What listeners say about The Flat

I am very disappointed in this book. After reading all the reviews, I said ok, I'll give it a try. Boy, what a mistake. I'm not one to bash anyone, but this narrator was horrible. one thing his accent was to thick, I could hardly understand anything he was saying, trying to keep up with his narrating and story, I wanted to throw in the towel. But, I continued on.😦The story and the characters were uninteresting, boring.😣

I really liked it and the narrator was amazing as well. Really good twist at the end.