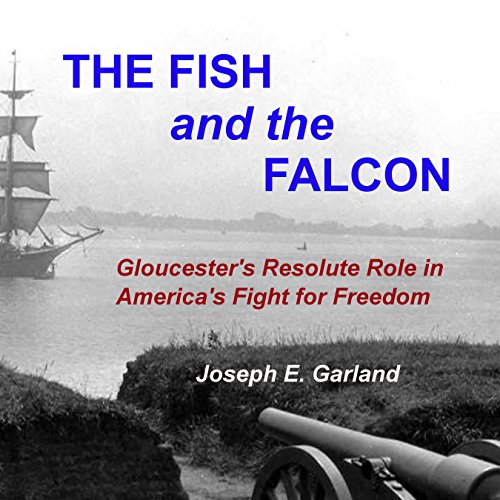 The Fish and the Falcon

By: Joseph E. Garland
Narrated by: Ward Paxton
Try for $0.00

This is the story of countless acts of sacrifice for the cause of American freedom; the story of the fishing town that took on the Crown.

Though the outcome of the American Revolution is the high point in the history of the New World, the victory of the embattled colonists was a tenuous one, shaped by heroism, suffering and an abiding thirst for liberty deeper than the harbors that played host to so many battles. But what if His Majesty's Navy could have confined the nettlesome Yankee privateers, manned by furious fishermen, to their wharves and kept the vital sea lanes from England open? Would the British have maintained its hold on Boston as a strategic base, put down George Washington's nascent army, and secured the New England colonies? Might King George's men have nipped our rebellion in the bud?

Gloucester historian Joseph Garland (himself a descendent of the Gloucester rebels) chronicles the fight for liberty and control of the New England seaboard during the Revolution, highlighting the special and hitherto unrecognized role of Gloucester, the oldest fishing settlement of the colonies and destined to be among the world's busiest. The port's secure position behind the inner reaches of Cape Ann Harbor gave its citizens, sailors, fishermen and militia a strategic advantage that led to that first American victory of the war; a victory that forced the King's men to abandon their attempt to impose their naval and supply base-and their will-on New England.

What listeners say about The Fish and the Falcon