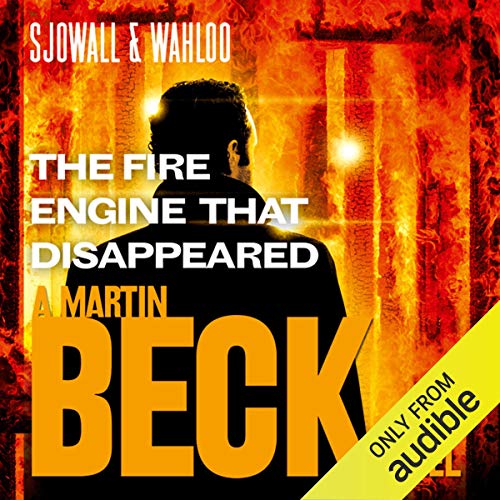 The Fire Engine That Disappeared

By: Maj Sjöwall,Per Wahlöö
Narrated by: Tom Weiner
Try for $0.00

The cunning incendiary device that blew the roof off a Stockholm apartment not only interrupted the small, peaceful orgy underway inside, it nearly took the lives of the building's 11 occupants. And if one of Martin Beck's colleagues hadn't been on the scene, the explosion would have led to a major catastrophe because, for reasons nobody could satisfactorily explain, a regulation fire truck has vanished. Was it terrorism, suicide, or simply a gas leak? And what if, anything, did the explosion have to do with the peculiar death earlier that day of a 46-year-old bachelor whose cryptic suicide note consisted of only two words: "Martin Beck"?

What listeners say about The Fire Engine That Disappeared

We know that editing is a fiction. Market Research?
I can give TW a 4 star in Roseanna, Hate the american voice. But this with character squeaks and sqarks totally hides the story.
I do know these are good stories, do I have the stamina to ignore my ears to find it?
the mechanical Windows Voice on PDF has to be better than this.

I have now listened to the first five books in the series and, unlike some listeners, I really like the narration. For me, it fits perfectly with the type of stories he his voicing - a kind of noirish, procedural detective type of story. In fact, I would have been disappointed if the same reader had not narrated the entire series.

Terrible narration, delivery too fast, portrayal of characters not at all convincing. Very disappointing indeed. I so disliked the narration that I did not get into the story at all, so cannot decide whether it was worthwhile. I just felt I had wasted my money.