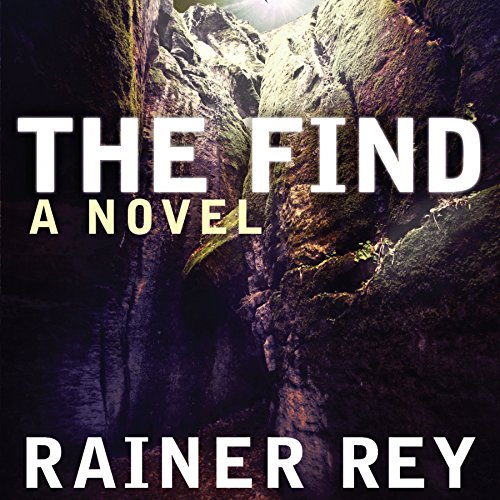 By: Rainer Rey
Narrated by: Dina Pearlman
Try for $0.00

The nation is safe. Its people are surviving. But at what cost and for how long? Piecing together the remnants of a defunct psychic research program, a brilliant but heinous antiterrorist group searches for unique candidates, employing a government black ops force to hunt and enlist individuals predisposed to psychic abilities.

In pursuit of two very different missing persons, ex-FBI man Kellen Rand and broadcast executive Lorna Novak merge unexpectedly in a race to find answers, revealing difficult truths along the way. As Lorna searches for her abducted 12-year-old niece, Kellen tracks down a missing Indian shaman named January, whose exceptional abilities may be the key to saving millions of lives. Trampling civil rights for the sake of the nation's survival, this "end justifies the means" conspiracy is delicately intertwined with January's fascination with an elusive hidden relic hidden for centuries somewhere in the San Juan Islands - a relic that may have shocking universal significance.

With their paths colliding once more and their lives rapidly transforming, Kellen and Lorna must defeat the veiled yet powerful schemes of this brewing crisis as scientists prey on the minds of the innocent, archeologists rush to unravel an ancient mystery, and the listener, along with the rest of the world, awaits the startling revelations of The Find.

What listeners say about The Find

A decent find of The Find

Not bad...a decent distraction. Was certainly not the best audio book I have experienced recently, but not bad, and the concept was on the unique side.

If you’ve listened to books by Rainer Rey before, how does this one compare?

My first by Rainer. I would try this author again, in the correct circumstance.

Would you listen to another book narrated by Dina Pearlman?

Sure. Dina did a fine job keeping the characters well defined and consistent.

On demand at home.

This is a reasonably good offering, with a somewhat weak conclusion.Nominally recommended.

I have found a new author

Good twists, did not figure the ending out before the end. Unusual . Not Baldachi or Patterson but very good. Excellent narration.