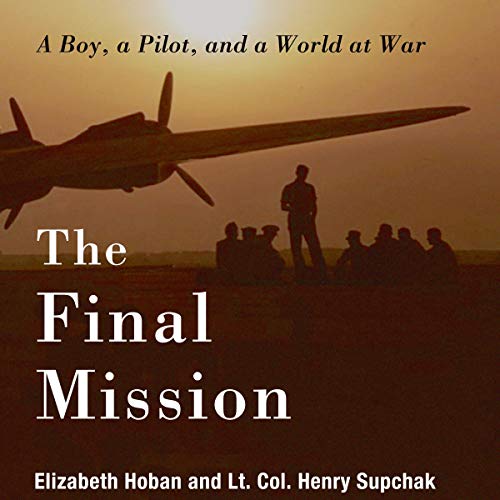 The Final Mission: A Boy, a Pilot, and a World at War

In July 1944, Lt. Henry Supchak was flying his second-to-last mission over Germany when his B-17 bomber was hit by antiaircraft fire, disabling two engines and wounding him in the thigh. He attempted to reach neutral Switzerland, but was forced instead to order his eight crewmen to bail out over Austria. He parachuted into a pasture where a shepherd boy and his aunt stared in disbelief at this “man who fell from the sky”. Almost immediately, German infantry surrounded the pilot and took him away to solitary confinement. Although slightly burned by the exploding aircraft, the boy managed to find out where the wounded pilot was being held and snuck food and water to him before Supchak and his crew were taken away to a notorious prison camp for the rest of the war.

Liberated by Patton’s Third Army in April 1945, Supchak remained in the air force after World War II and even advised Gregory Peck during the filming of Twelve O’Clock High. But he carried deep scars from his war experience. But an inspired quest to find his former crew members before they all passed away put the pilot on a path of peace. The Final Mission is a gripping and uplifting story of forgiveness, reconciliation, and healing from the devastation of war.

“A remarkable story of sacrifice, honor, and life-long redemption that provides a rare glimpse into the true drama of the human experience. A timeless and poignantly satisfying read.” (Lt. Col. Christopher Gruber, Western Region Medical Command)

What listeners say about The Final Mission: A Boy, a Pilot, and a World at War

A true hero and a true story.

What this pilot went through and the things he did are just amazing. This was a man who made his life matter at great expense to his well being.
I am now an official WWII student 0f history.

This is so amazing. It’s a must read from my 8th grade history class! I am among those who said they’d give it higher stars if they were available. Thank you Lt Colonel SUPCHAK for your service.