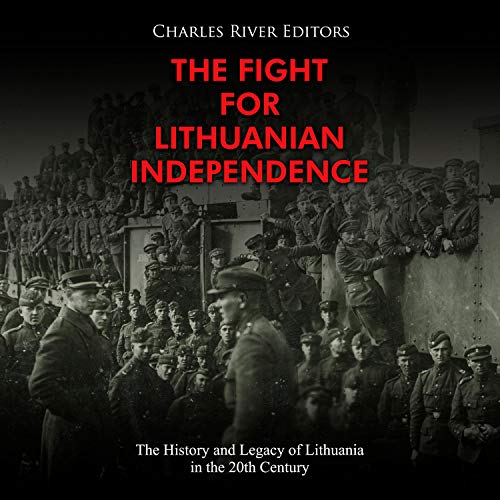 The Fight for Lithuanian Independence

Modern-day Lithuania is a small country bordering the Baltic Sea with a population of less than three million people, but despite its relative size, the nation has exerted an influential role on the history of the region. More recently, in the 20th century, Lithuania was caught between much larger powers in two world wars and then the Cold War. Along with neighbors Latvia and Estonia, Lithuania was one of the only states to truly break free of the Soviet Union when the latter dissolved in 1991. Now entrenched in the EU’s political and security bloc, Lithuania has seen unprecedented economic growth and prosperity, although Vilnius is still wary of the Russian giant on its doorstep.

The end of the Cold War brought Lithuania the independence it had sought for almost 200 years and had only briefly attained in the 1918-39 interwar period. This is due in large measure to its location, as Lithuania is wedged between Poland and the Russian exclave of Kaliningrad to the south, Belarus to the east, and Latvia to the north. The country’s capital city is Vilnius, and next largest city is Kaunas. Covering an area of 65,000 square kilometers, although at various stages of its history this was much greater, Lithuania borders the Baltic Sea to the west. Indeed, it is perhaps best to think of the country as a Baltic one, and as with the other Baltic states, Lithuania has been at the crossroads of events involving European, Middle Eastern, and Asian powers. For centuries, its main relationships were with Poland, Sweden, and the burgeoning Rus peoples, later Russia and Ukraine. Subsequently Germany would become an important player in the Baltics, while Russia’s Romanov dynasty coveted access to the Baltic sea lanes, inevitably meaning Lithuania would come into its sights.

What listeners say about The Fight for Lithuanian Independence