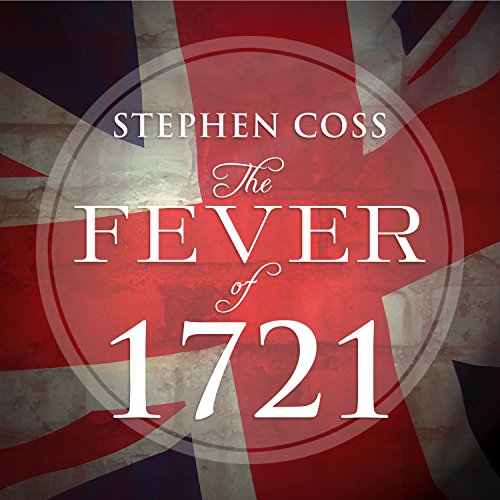 In The Fever of 1721, Stephen Coss brings to life an amazing cast of characters in a year that changed the course of history, including Cotton Mather, the great Puritan preacher; Zabdiel Boylston, a doctor whose name is on one of Boston's grand avenues; James and his younger brother Benjamin Franklin; and Elisha Cooke and his protégé Samuel Adams.

During the worst smallpox epidemic in Boston history, Mather convinced Doctor Boylston to try a procedure that he believed would prevent death - by making an incision in the arm of a healthy person and implanting it with smallpox. "Inoculation" led to vaccination, one of the most profound medical discoveries in history.

A political fever also raged. Elisha Cooke was challenging the Crown for control of the colony and finally forced Royal Governor Samuel Shute to flee Massachusetts. Samuel Adams and the Patriots would build on this to resist the British in the run-up to the American Revolution. And bold young printer James Franklin launched America's first independent newspaper and landed in jail. His teenage brother, Benjamin Franklin, however, learned his trade in James's shop and became a father of the Independence movement.

"Coss's focus on a specific location at a specific time fleshes out the complex and exciting scene in sharp detail, creating a historical account that is fascinating, informational, and pleasing to read." ( Library Journal)

What listeners say about The Fever of 1721

not just about smallpox, more a picture of boston.

….60 years before the american revolution.

Most of the story centers around political and religious life in Boston, describing the rising tension between the emerging political parties and the British governors. A lot of the petty fighting sounded familiar to todays political fights.
The description of the smallpox epidemic and its treatment through inoculation was interesting, but its role in revolutionizing american publishing and politics was a bit of a stretch.

I really enjoyed this as it was a part of history I had not been exposed to through normal high school US history classes. Intriguing story and a decent narrator.

There is so much to know!

probably not, except to verify details

The knowledge of what it was like to live and survive in the 18th century.

A very thought provoking book about how science and technology have evolved, and what it took for this country to come into existence.

Simply the story is well researched, the performance good but overall it was listening to a text book, I.e., this listener learned but was not entertained.

Excellent historic account of inoculation (vaccine) development in the US entwined with the politics of inoculation and the pre-independence atmosphere of New England in the early 1700's.
This is definitely a book I will read (listen to) again.
Narration was quite good, as it should be for a historic chronology.

What was most disappointing about Stephen Coss’s story?

I misunderstood what sort of book this was. I thought it was a story not a sleeping aid

This is so boring. Has nothing to do with a fever. I thought it be more about a pandemic or killing a lot of people. They just talking about stupid newspapers. Would not recommend to anyone.