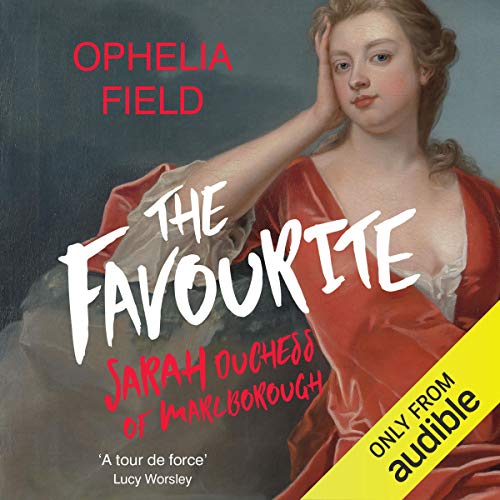 By: Ophelia Field
Narrated by: Natalie Boscombe
Try for $0.00

Sarah Churchill, first Duchess of Marlborough, was the glamorous and controversial subject of hundreds of satires, newspaper articles and publications both during her lifetime and after her death.

Tied to Queen Anne by an intimate friendship, Sarah hoped to wield power equal to that of a government minister. When their relationship soured, she blackmailed Anne with letters revealing their intimacy and accused her of perverting the course of national affairs by keeping lesbian favourites - including Sarah's own cousin Abigail Masham.

Sarah was a compulsive and compelling writer, narrating the major events of life at Blenheim Palace and at court with herself often centre stage. Attacked for traits that might have been applauded in a man, she was also capable of inspiring intense love and loyalty, deeply committed to her principles and to living what she believed to be a virtuous life.

This biography brings Sarah Churchill's own voice, passionate and intelligent, back to life and casts a critical eye over images of the Duchess handed down through art, history and literature. Here is an unforgettable portrait of a woman who cared intensely about how we would remember her.

What listeners say about The Favourite

While I personal had some audio issues with the recording (skipped sentences, weird echo), the story itself and very entertaining and well researched. I definitely enjoyed Fields’ writing style!

I recently watched the award-winning movie “the favorite” & decided to learn more about the real story behind the movie...my mistake...this book is just SO unbelievably boring that it can cure any insomnia instantly

Excellent study of Sarah Churchill, her life and times but the reading speed to too fast to absorb the details comfortably

This is an excellent study of the intriguing, complex, Sarah Churchill, her relationships, the volatile political times in which she lived and the prominent role which she played them. It is thoroughly researched and well written, with many interesting insights. However, those interested in confirmation and details that Sarah’s intense and complex relationship with Queen Anne included a physically sexual dimension - as portrayed in some dramatised versions of this story, including the wonderful recent Oscar-winning film also called ‘The Favourite’ - might note that this study, while examining all the evidence relating to such claims and not ruling them out, remains cautious about concluding that it was a lesbian one.

Natalie Boscombe does an impressive job reading this long and complex book but the production team should have slowed down the pace a bit as it is almost impossible to absorb all the interesting detail in it when it is being read so quickly. I tried slowing it down to the 75% speed setting which was too slow and distorted but if there was some way to slow it down by 5-10%, that might overcome the problem with this - and occasionally other books.

So maybe Audible could consider adding a slow speed option in this lower range to its its speed list?

The narrator is fabulous but I struggled to stay interested in this disconnected story. It was hard to follow the lives of the main women involved and a certain level of prior knowledge seems to be needed. I got 3 and a bit hours in before giving up. How the other 12 odd hours pan out I can't say.

Ot is interesting at the beggining, but I was unable to finish the book as it ended up being juat reading up of countless repetative nagging letters.

enjoyed it and a good narrator

probably better than the film version. a person I previously knew nothing about. entertaining and thorough.