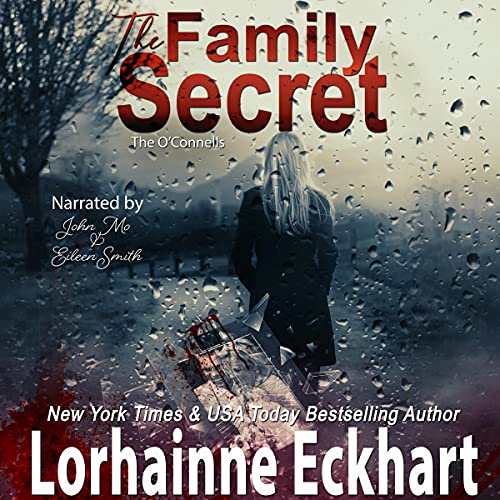 By: Lorhainne Eckhart
Narrated by: John Mo,Eileen Smith
Try for $0.00

Just what is the mystery behind Raymond O'Connells disappearance? NY Times and USA Today best-selling author Lorhainne Eckhart brings you The Family Secret, an O’Connell family novel, when a body is discovered at the edge of town, rumors, circumstantial evidence, and a chance for revenge lead to one family member’s arrest, and an all out effort to take several other O’Connells down as well.

“Wow what drama, what tension, what suspense.” (Susan Jordens)

“This was a very explosive and heart wrenching story. A body is found and the DA is out for blood. As long as it's O'Connell blood, he doesn't much care whose.” (KEC200)

Raymond O’Connell was the love of Iris’s life - from the day she met him, to the day a year later when she married him, to the tragic night before she never saw him again.

Some would say they had the perfect all-American life. Now, 18 years later, questions arise about the night her husband disappeared, leaving a bloody knife and a letter addressed to her, in which he said goodbye and told her not to look for him, with not even a second thought for her and their six children.

What listeners say about The Family Secret