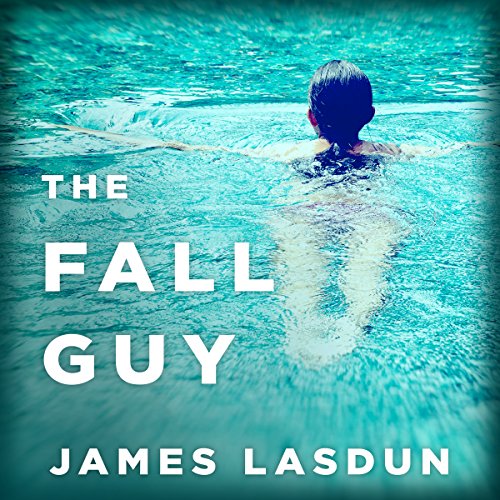 By: James Lasdun
Narrated by: Charles Constant
Try for $0.00

It is summer 2012. Charlie, a wealthy banker with an uneasy conscience, invites his troubled cousin, Matthew, to visit him and his wife in their idyllic mountaintop house. As the days grow hotter, the friendship between the three begins to reveal its fault lines, and with the arrival of a fourth character, the household finds itself suddenly in the grip of uncontrollable passions.

As listeners of James Lasdun's acclaimed fiction can expect, The Fall Guy is a complex moral tale as well as a gripping suspense story, probing questions of guilt and betrayal with ruthless incisiveness. Who is the real victim here? Who is the perpetrator? And who, ultimately, is the fall guy?

What listeners say about The Fall Guy

I'm not understanding why Audible promoted this book. It is totally flat, with banal prose and one- dimensional characters. Kept listening because I was curious to see whether it would ever get interesting.

This story dragged, accents were terrible, I would pass on this story if I were you.

What made the experience of listening to The Fall Guy the most enjoyable?

The way the story builds in one direction, but then hits you with unexpected twists and turns. Author Lasdun knows how to throw in surprises you don't see coming, but that make perfect sense when you finally see how all the pieces fit together. Narrator Constant is excellent, especially his mastery of accents.

What other book might you compare The Fall Guy to and why?

Who's Afraid of Virginia Woolf by Edward Albee. This play and The Fall Guy novel both have intense psychological dynamics among a limited number of characters.

What does Charles Constant bring to the story that you wouldn’t experience if you just read the book?

Constant is a master at pacing a story, and at providing accents that really make the characters come alive. This is true voice acting, not just bland narration.

I listened to it in two sittings. The suspenseful developments kept me listening intently til the end, but I like breaking my Audible books into several listening periods.

It's rare to find a literate book with well-developed characters. And to find a narrator who can present the characters exactly as they would be in real life.

The story is good, as is the narrator. That is until he attempts the accent of one of the main characters who is British. I could not finish the book.

Would you try another book from James Lasdun and/or Charles Constant?

This book was surprisingly difficult to listen to. The stilted narration did nothing to help the plot---a thin quilt of a story pieced of popular culture squares of foodie interests, snob location appeal and socially responsible investment banking. All of it unlikely, and all the characters equally unlikable.

First there's the plot- needy, unreliable narrator takes on a snooze worthy stroll through his never ending angst, while bombarding us with pretentious references to the food he prepares and the wine he serves.
Then there's the narration- at first, I thought I had mistakenly downloaded a science fiction book when the narrator launched into the robotic English accent of Miserable Matthew. It was colossally distracting. It might be better to read than to listen to, but it would take a lot of patience.
I skipped over a few chapters, tuned back in at the last chapter, and found I hadn't missed much.
This might have been a good plot, but the way it was presented was, to me, the book's downfall.
I downloaded this book based on a Wall Street Journal review. When I downloaded it there were no reviews yet. I will NOT do that again.

A pretty ordinary crime thriller that takes a long, long time to get underway. I can't recall why I started reading this book--whether the recommendation was algorithmic or personal, but it wasn't my bag.

What was most disappointing about James Lasdun’s story?

The main character is a chef, so there were lengthy descriptions of meals and cooking techniques, which definitely were not for me.

What aspect of Charles Constant’s performance would you have changed?

I was unconvinced by some of the accents