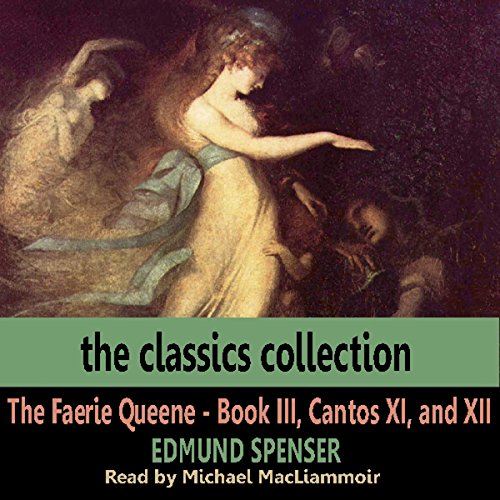 By: Edmund Spenser
Narrated by: Michael MacLiammoir
Try for $0.00

What listeners say about The Faerie Queene

While delivered in an ostentatiously high-flown manner that may take some getting used to, Michael MacLiammoir's reading lends one of the greatest episodes from "The Faerie Queene" an epic grandeur on a par with the readings of Robert Fagle's translations of Homer and Virgil by Derek Jacobi, Ian McKellan, and Simon Callow. Unfortunately, having originally been issued as one side of an LP, even this single episode had to be condensed so much that much of Spenser's achievement in it is lost. Now that audiobooks are disseminated primarily as downloads, is it too much to hope for a similarly powerful UNABRIDGED performance of this epic fantasy from Shakespeare's time?