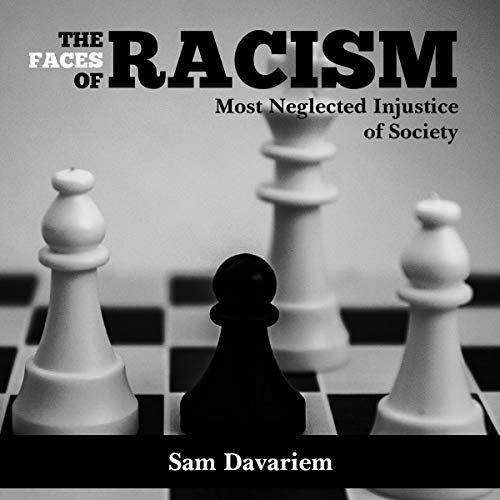 The Faces of Racism

The Faces of Racism

The benign and malignant neglected injustice of the society

Racism is the idea that one race is superior to another. It also can include racism, hostility, or antagonism to others because of their race or ethnicity. Modern racism variants also rely on social perceptions of biological differences among peoples.

The word "racialization" is used to describe how, though differently, the history of the definition of the "race" still influences us all. The concept illustrates political and structural mechanisms that are often subconscious at work. It also illustrates the social construction of racial categories, like income, but socially and culturally very real. Racing is the very complicated and inconsistent system by which classes are classified as "races" and are subjected to separate and/or unequal treatment on this basis. In short, "racialization is the manner in which race is created and used at all costs".

Although white people are also racialized, this practice also leaves those who are perceived as whites invisible or normal. White people cannot necessarily see themselves as part of a race, but still have the right to name and racialize "other".

In this book, you will learn:

For more details, you ought to give this interesting book a listen.

This audiobook not only gave me a new perspective but was extremely encouraging. the author speaks the truth about the history of America and how we must fight against white supremacy.

This is an excellent audiobook

This is an excellent short survey about race and the church in the United States. Although it doesn’t cover much in terms of new ground, most Christians will find a lot of new information here. All Christians should know this history at a minimum. It should be required to listen to Christian colleges and seminaries.

The author helps us understand.

I could not put this audiobook down. I listen to it in two sittings. Being raised in a southern baptist home in Alabama, I’ve grappled with many behaviors I witnessed in the church of my childhood that didn’t fit at all with my understanding of Jesus. The linear historical truth-telling is eye-opening, unsettling, and useful for learning how white supremacy, evangelical Christianity and American nationalism became intertwined. This audiobook answers questions about how generational racism is embedded in church practices that moved from overt to more covert over the years. To make a new way forward, we have to understand the intricacies of the past and present. The author helps us understand.

This audiobook was one I recommend to so many people. I have been listening to the author on Pass the Mic for a while now so I was excited to hear that he had an audiobook coming out. I have recently been interested in learning more about American History and how it actually was, not just what our history audiobooks told us, and this audiobook helps with just that. In chronological order, we learn how the church was complacent with racism. Talk about convicting! He catches listeners up to now and through tears and a lot of highlighting/underlining, I can confidently say I learned so much. I highly encourage everyone to listen to this audiobook.

Listen to this audiobook.

An incredible survey of American history as it relates to race and religion (particularly evangelicalism.) I wish every single professing Christian in the country would listen to this.

This was a heavy audiobook but so worth it. Thank you the author for this labor of love. I highly recommend this audiobook for anyone who is serious about addressing racial issues in this country AND the church. This work isn't easy and we can't bring justice where it is due unless we start. The Faces of Racism gives us a start, not a fix, a start.

What I like most about this audiobook is the timeline and how it outlines the evolution and adaptation of racism and it’s complicity in racism. It gives you enough to understand the historical context while also leaving you wanting to learn and study more! As you listen to it you will naturally see parallels between the past and present which is both enlightening and terrifying. This is a must-listen and deserves to be a required listen for every student and a must-listen for every leader in the church, as well as every believer. This audiobook presents the truth without bias and presents a more complete narrative of the truth about the Church and the racist foundation it is built on.

This audiobook is a must-listen

This audiobook is a must-listen for every white professing Christian in the United States, young and old. As one of them, I say wholeheartedly that we are indebted to the author for this work of scholarship and prophetic labor.

I learned so much

This is honestly one of the most important audiobooks on race and faith ever explained and it’s such a shame so few Christians will ever take the time to listen to it. I learned so much and it challenged me in ways I didn’t expect. Also, surprising was the list of ways the author makes it practical for us to address the long and ongoing history of racism in American churches.

This audiobook is a great introduction

This audiobook is a great introduction to the ways in which the church in America has played a pivotal role in desecrating the image of God imprinted on our black brother and sisters. The Bible recommends that we confess our sins to each other so we may be healed. I didn't know about these sins. I didn't know about the ways that many of the white men who came before me in America either stood silently or actively engaged in all kinds of oppression. In Paul's letter to the Galatians, we listen about how Peter stopped eating together with non-Jews because of peer pressure. In the same way that Paul accused Peter to his face, we must thank the author for accusing the American Church of much more damnable sins than segregated eating. Peter seems to have repented, but will we?

They will most likely enjoy it very, very much.

I wish I had a few more of these to pass out as gifts. From the first page, I was laughing out loud. Towards the end, I was worn out by all the racist info, but that is probably part of the author's intent... I will say that if you have someone in mind for this audiobook, they will most likely enjoy it very, very much.

One of the funniest audiobooks I've seen.

One of the funniest audiobooks I've seen in a while. Very offensive in a humorous way that will upset everyone if not listen in the right context. Though with a title like this, how could the context be wrong??? Whatever I liked this audiobook quite a bit.

Very funny and truly insightful audiobook. the author has captured the stupidity, insensitivity, and ignorance of racism so that even the grand dragon of the KKK could understand it. The great part is - absolutely no one is left out. A really great listen.

I found this audiobook to be hilarious.

I purchased this as a gift. The recipient has not listened to it yet. I did flip through, listen to patches. I am a big fan of deadpan humor,the author, and I found this audiobook to be hilarious.

This audio book is necessary for those of us.

This audio book is necessary for those of us who are doing the painful and lifelong work to understand “white” privilege and make changes in ourselves.

An excellent set of new insights and summation.

An excellent set of new insights and summation This is an excellent addition to Sam Davariem’s writing. It has many new, much needed, insights and analysis. He further draws on many of his prior writings and sharpens their implications.

Plan to buy audible version for the statisticsfant

Plan to buy audible version for the statisticsfantastic thinking and commentary from sowell. I consider this a Capstone of his race and economic works to date

Short and easy to understand.

Short and easy to understand, it is packed witht Author wisdom and gives a comprehensive description of his outlook on the world. Highly recommend.

The book is filled with interesting examples.