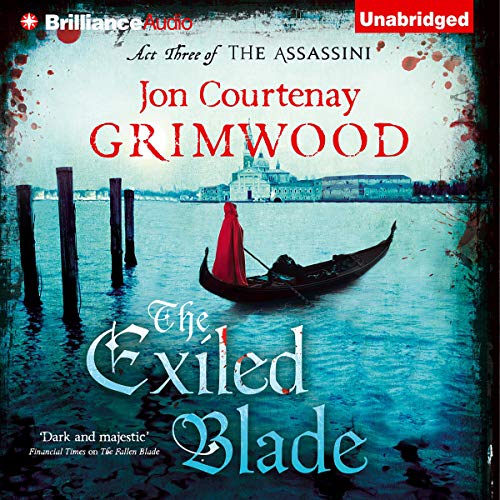 A violent attack on Lady Giulietta’s son forces Tycho from his new-found happiness and back into the treacherous intrigue of the court. For Giulietta’s sake he would go to the world’s end to track down those responsible.

As Venice teeters on the brink of civil war, its feuding families prepare to discover who is a player and who a pawn in the coming struggle for power. The Exiled Blade is the climactic finale to Tycho’s story.

"An alternative world that lays down its own historical strata . . . the writing is spare and detached; the society described is brutal and sadistic" ( Times Literary Supplement)
"Gritty, grimy, decadent and compelling" ( Sunday Times)
"The writing is elegant, the dialogue razor sharp, the characters drawn economically but effectively, and the action is unrelenting" ( SciFi Now, five-star review)

What listeners say about The Exiled Blade