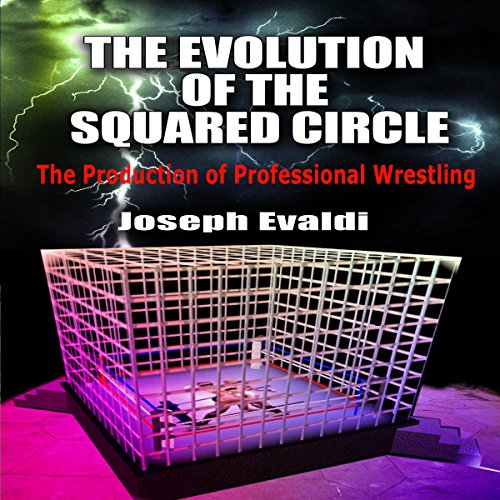 The Evolution of the Squared Circle

The Evolution of the Squared Circle

This audiobook tells the story of the production of wrestling from black and white TV straight to the Internet.

First, I discuss about the transition period from black and white TV to color TV and the transition to cable TV. It was the height of the territory wars, which featured the broken up territories of the NWA and the WWWF which became the WWF when Vince McMahon took over.

Then I discuss the decade that changed wrestling which was the 80s.In this decade it featured the start of closed circuit TV and then pay-per-view. With the first event of Starrcade 83 and Black Saturday where WWF took over wrestling on TBS. Later when the time slot was bought back it had funded the very first Wrestlemania for the WWF.

I later discuss the birth of the Monday Night War with WCW Monday Nitro. This chapter features the escalation of the war between the two companies and it features how one promotion rose and one decay throughout the war.

In the following chapter I discuss how the Internet has changed wrestling from YouTube to Facebook and Twitter. These forms of video and chat have been a platform for both the WWE and TNA to market their wrestling.

Finally, I discuss the WWE NXT and the WWE Performance Center and how they will impact the future of wrestling. I also discuss about The WWE Network and how it took the many years and work to get to having the network.

Wrestling has been produced by many people over the years and the production can be respected from the promoters to the wrestlers and to the lighting and camera people. Even the fans make the show. They help change the direction. It's a show and it is all covered in this book.

not alot of info I didn't already know

accurate story with little that I didn't already know from 20+ years of being a wrestling fan. but the narrator read with little emotion and mispronounced many names.