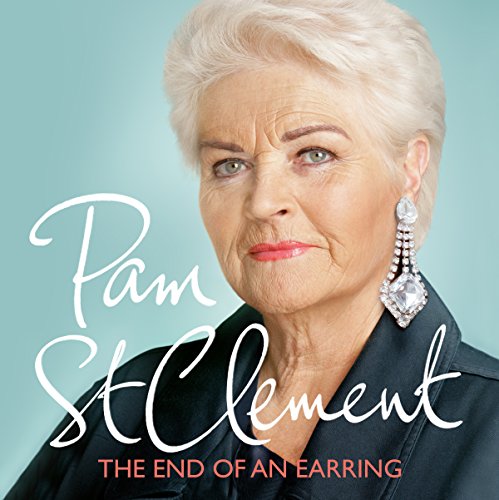 The End of an Earring

The End of an Earring

In January 2012, one of EastEnders' longest-serving and best-loved characters breathed her last when Pat Butcher succumbed to cancer. Her departure from the show gave actress Pam St Clement time to reflect, not only on almost 26 years playing a role that she loved, but also on her whole life.

Pam's mother died when she was a baby, leaving her with a father whose life didn't really have space for a child. What followed was an itinerant childhood, with various stepmothers and foster families, before an advertisement in The Lady took 11-year-old Pamela to the farm in Devon that was to become her true home, with the 'aunts' who became her surrogate parents.

On leaving school, Pam was unsure of what direction to take but gradually realised that acting was what she wanted to do with her life. So, in 1966, Pam took up a place at drama school. Pam settled in London and worked on stage and television throughout the sixties and seventies, before her first appearance on EastEnders in 1986 and the offer of a permanent role a few months later.

This memoir is far more than simply an actor's tale. Quite apart from her fascinating and unique childhood, Pam also recalls her involvement in the women's movement of the 1970s, her lifelong love of animals and the worries about her weight that have dogged her since her teenage years. It is also a tribute to Pat Butcher, for whom Pam retains a huge affection.

This incredibly warm memoir reveals the woman behind the popular EastEnders' character, a woman who, apart perhaps from her earrings, couldn't be more different from Pat.

What made the experience of listening to The End of an Earring the most enjoyable?

It's lovely hearing the real voice of Pam. She is well spoken and after reading this know that she had a good education. The language used is so much better than many other autobiographies that I've read.

As an actress she brings life to her story. A very easy listen. Of course the middle section on her time on Eastenders was interesting but it was the start of her life that drew me in.

Had I not have saw her on the One show I would have never have bought this but I'm so glad I did.

As a fan of eastenders

I enjoyed listening to pats story and lots of eastenders gossip, as well as the story of Pams life. An enjoyable autobiography.

Would you consider the audio edition of The End of an Earring to be better than the print version?

If you are a fan of East Enders and liked Pat Butcher this is a great read.

Have you listened to any of Pam St Clement’s other performances? How does this one compare?

even better because Pam reads it herself.listened in two sessions.one of the best audio books

Brilliant, Entertaining and a Must Read!

I really enjoyed this book, In fact i had started this and also finished this in 2 days. Pam's voice is soft and so easy to listen too.

What was one of the most memorable moments of The End of an Earring?

Generally the whole book was really good and some moments i was laughing out loud and other moments i was near to sobbing my heart out!
When Pam goes to being Pat in Eastenders in the last chapter was moving to me

Have you listened to any of Pam St Clement’s other performances? How does this one compare?

This is the fist one for me

To how it should be!

Better than expected. Pam has worked with famous people. There is more to her than eastenders well done pam star

From me to you

This was a really lovely story. It made me laugh and cry all the way through. And it was so nice to be read by Pam herself.

Surprisingly good and easy to listen to

Not an enders fan but a really good book and told well ,more autobiographical books should be narrated by author,if they cannot be bothered to narrate it why should I listen to it!