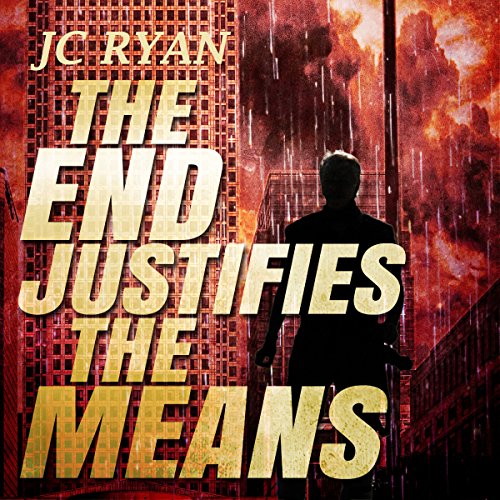 By: JC Ryan
Narrated by: Rhett Samuel Price
Try for $0.00

Jessie Bell’s last parole hearing was a disgrace - one board member called her a witch and a harpy and said that, given the chance, he would have her put down like a rabid dog.

Ten years in prison for killing her sadistically abusive husband had turned Jessie Bell into a poisoned, embittered, and dangerous person. The parole hearing was the straw that broke the camel’s back. It was payback time.

An eye for an eye, a tooth for a tooth? No, not for Jessie Bell. Her version of justice wasn't just about getting even. It was about taking back twice as much as had been taken from you. Two eyes for one. Justice meant redressing all the imbalances - and putting out only one eye didn’t compare to the loss of all the advantages of losing two eyes.

Fortunately, Jessie is offered the position of the late Pavo, Regan’s Uncle Paul, in the Organization.

And she accepted it.

"Justice," she murmured. "Poetic justice. Justice that I can create myself."

She balled up her fists on the table. "Yeah, there's more than a few people I know who need some poetic justice right about now."

A former Delta Force operative is serving a life sentence for killing an eight-year-old girl. He was found guilty just because he could have done it and people feared him? Who was the real killer?

It was like the whole world was turning crazy. A judge's son murdered innocent kids, then had his kids, in turn, murdered. Dangerous chemicals killed hundreds, then spread into the water supply. The City turned into a permanent rush hour - a panicked slow crawl. Drug dealers and pimps were getting killed on the streets.

Karma? Jessie had always been a fan of ordinary human beings carrying out the work of karma.

There is only one person who could possibly stop the inevitable bloodbath that Jessie is about to unleash on the city - Judge Regan St. Clair - but to do so, she must cross the line she has sworn never to cross - join the Organization.

But maybe it is as Uncle Paul always said: "The end justifies the means."

The End Justifies the Means is a full-length novel, a crime suspense-thriller about a woman who has been placed in a position of immense power from where she is going measure out justice as she sees it.

What listeners say about The End Justifies the Means

The End Justifies the Means is the third and final book in the Exoneration Series, and I think it would be difficult to follow its story without reading the series in order. The story starts right where book two concluded, and Regan is suffering from the dual affects of PTSD and grief at the loss of a loved one in the previous book. She is a prickly, difficult person on her best day, but she is a lot to take for most of this book, and I really felt the most sorry for her long-suffering boyfriend and caretaker, Jake. This book departed from the usual formula of the team trying to exonerate an innocent convicted of murder at the behest of the an evil consortium known as The Organization. The team did pick one such case, but it received very little of the team's attention and wasn't resolved in the end. Most of the book focuses on The Organization's further manipulations and how Regan, Jake and their team attempt to deal with and survive them. I found this book more scattered and less exciting than the first two, but it was still very interesting. I liked how the author chose to conclude the book, and I felt that most of the questions from all three books were answered in the end. Rhett Samuel Price narrates all three books in the series, and that makes the transition between stories seamless. Plus, there is not a better choice for this series than Price. All three books had a lot of characters, and his extensive use of tone and accents for each character made following the often intricate plot much easier. I highly recommend this series and anything narrated by Price. I received a copy of this audiobook at my request in exchange for this honest review.