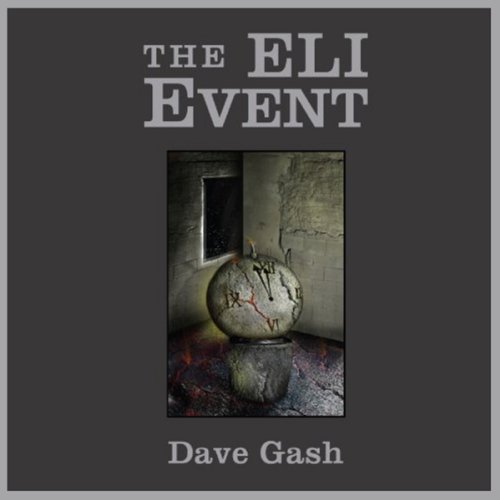 2015: Los Angeles is destroyed in the ELI Event, a space-weapon catastrophe that leads to a bleak and brutal distant future for all but the privileged few - unless rogue time-travelers from the twenty-fourth century can prevent the tragedy and mend the timeline. In an attempt to protect humanity from itself, the sentient computer ELI steals the weapon's code, but unwittingly makes his only friend, fifteen-year-old Robin Kirkland, a suspect in the sabotage and the target of a military manhunt. Eli's creators, scientists Stephen Wheeler and Kelly Duncan, find a mysterious ally in Arty, a mere janitor sent from the near future to prevent the ELI Event and change history. But there is another, anonymous player: ruthless Vice Governor Lokus has also jumped upstream to stop them and thus leave his elite and entitled future world unchanged. The race is on - not just to save present-day Los Angeles, but to alter the future of mankind and its machines forever.

What listeners say about The Eli Event

A friend offered me this audiobook to listen to. I was a bit skeptical at first that a story with this many characters over over this many different times and locations could become interesting. But everyday, as I walked to work listening to this tale, the weaving of many wonderful characters began it's work on me. In short, I started to care.

Then I got to the point, where I became a clock-watcher at work, trying to determine how long I had to wait before my walk home from work... and the next chapter!

Dave Gash has done a mighty fine job of stringing out his yarn all along slowly, carefully, weaving it together. Like a master storyteller, it is really only at the end that you are given the view of the beautiful whole. Now on my walks to work, I continue to run through The Eli Event in my head revisiting the careful set ups and payoffs.

Curtis R. Sisco's reading of The Eli Event is like the special effects in a good Hollywood movie--they quickly become invisible. I felt like I was there. There in the laboratory with EL1, there in closet with Robin... How he can pull off that many characters and not have me get lost or confused is the mark of a natural storyteller, reader & voice actor. Well done.

Not my favorite genre….

What did you love best about The Eli Event?

Not so technical in computer systems.

What about Curtis R. Sisco’s performance did you like?

Clearly intelligible and not distracting. Would enjoy hearing him read again.

I am not a Sci-Fi fan, but wanted to try to something new. This book was adequate, but not ideally what I enjoy. Maybe I'm just not a SciFi fan, but I probably wouldn't buy another book.

I was pleasantly surprised when Dave Gash only spent a minimal time explaining how time travel was possible. At first it was a little hard to keep up with the changing of scenes and characters but it didn’t take long to keep up. There is brief explanation of a traumatic event to the main character Robbie, I wish they would have explained it further or done away with it all together. I am always interested in a good revolt it is good to see the underdog fight tyranny and win. Especially one that involves computers and altering past events to change the present, or future. After we meet the main characters there’s a drawn out chase across the country some time jumping and computer tricks. I liked the connection between the awkward Robbie and the A.I. EL1, or ELI. It was fun to see the things he could do through internet connections to help his friend. When the Character Artie is brought in it set the story up for the one plot twist I enjoyed the most. All in all an ok plot for a book involving time traveling scientists and artificial intelligence, except the end is a bit of a disappointment. I would have liked to have seen how the changing events set the future more. It lets us go with a vague and brief description, but not much else.