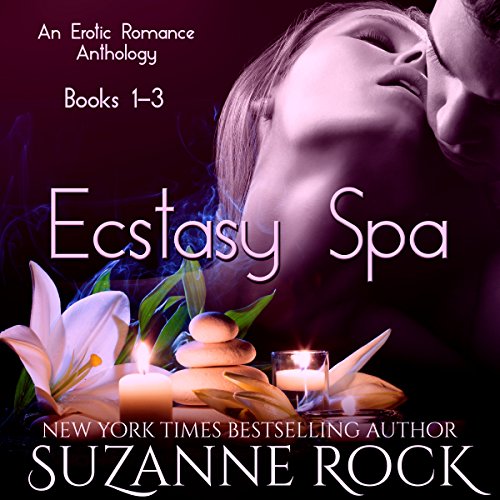 Instead of cold and clinical, Seth is everything she has ever wanted in a man. Smart and sexy, it's easy to see why he is the most requested staff member at the spa. Together, they embark on a mind-blowing sexual journey of self-discovery that takes them both to heights neither thought possible. As physical attraction turns into something deeper, Annabelle wonders if she should risk going against spa policy to see if the "quick fix" she ordered can be changed into something more permanent.

When Ian shows up at the Ecstasy Spa to take his new girlfriend out for her birthday, he learns that she has been selling more than massages to pay her rent. At first he's enraged, then he's intrigued. What does she do with those men and little bottles of scented oils? Would she do the same for him? Could he convince her to do those things for him exclusively?

Jake longs to turn his "friends-with-benefits" relationship with Roxanne into something deeper. As coworkers at the Ecstasy Spa, he knows that it's against their contracts to be caught dating each other. Roxie seems content with keeping things the way they are, but he dreams of one day taking her hand and leaving the promiscuity and madness of the spa behind. Until then, he takes his frustrations out in his paintings, a secret hobby he has enjoyed since he was a kid. Then, one day, someone buys one of his oils and commissions him for some more. Suddenly the dream of walking away is a reality. Now if only he can convince the flirty and fun Roxie to leave everything she has ever known and run away with him...

The stories by Suzanne Rock are steamy and incredibly sexy, but the narrator detracted from each of the stories. I struggled to continue this audiobook. Please find another narrator, but don't change the stories! Those are phenomenal!!!

What would have made The Ecstasy Spa better?

better narration would have been a starter. I swear I kept hearing the reader swallow and her voice would break. Also sounded like a kid...kind of creepy when you're listening to a steamy romance.

If you could play editor, what scene or scenes would you have cut from The Ecstasy Spa?