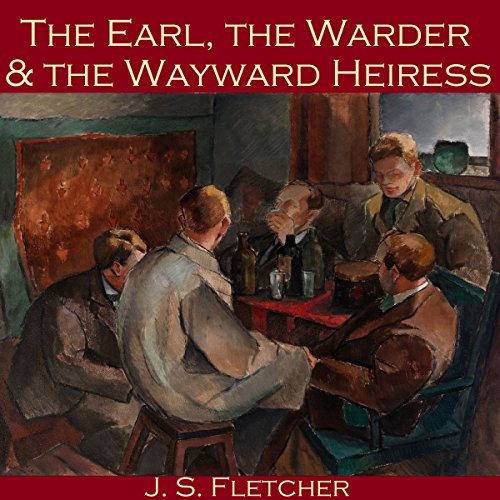 The Earl, the Warder and the Wayward Heiress

Joseph Smith Fletcher (1863 – 1935) was a British journalist and author. He wrote more than 230 books on a wide variety of subjects, both fiction and non-fiction. He was one of the leading writers of detective fiction in the Victorian "Golden Age" of the short story.

"The Earl, the Warder and the Wayward Heiress" is the story of a ten-thousand-pound bet between young gentlemen in their club. The Earl of Normanstowe undertakes to walk out of the club at eight o'clock that evening, and given a sixteen hour start, to disappear for the period of exactly one month without leaving London.

Sir Charles Wrigge undertakes to track him down within the month. Normanstowe's plan for his concealment is certainly novel... but the outcome of his adventure is anything but what he expected.

What listeners say about The Earl, the Warder and the Wayward Heiress