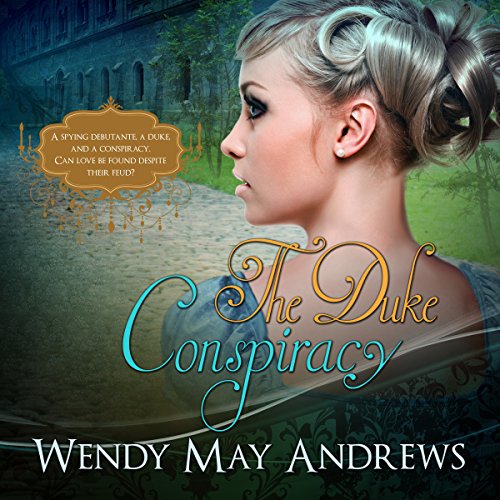 By: Wendy May Andrews
Narrated by: Juliet York
Try for $0.00

Miss Rosamund Smythe, the only daughter of a baron diplomat, is finding the season to be a dead bore. After her stint at spying while in Vienna with her father, she wants a higher purpose in life than "just" being a wife.

His Grace, Alexander Milton, the Duke of Wrentham, wants a quiet life with a "proper" lady after the tumultuous childhood he had. His parents had fought viciously, lied often, and Alex secretly wonders if he was even his father's son.

Rose and Alex grew up on neighboring estates and have been best friends since she was four years old but a family feud has torn their friendship apart.

At a society event, Rose overhears a plot to entrap Alex into a marriage of convenience. Her loyalty to their old friendship as well as her knowledge of the conspirator, Sir Jason Broderick, causes Rose to overcome her aversion to Wrentham in order to warn him of his danger. Alex's complicated childhood has caused him to despise all forms of deception, so Rose avoids telling him how she knows so much about Sir Broderick.

When Rose is abducted by Sir Broderick to prevent her interference, Alex must deal with his own conflicted feelings to help her rescue herself. Can they claim their happily ever after despite the turmoil?

What listeners say about The Duke Conspiracy

This was an interesting book but I didn't really care for the family feud. It seemed rather shallow reasonings for it. The fact that it was continuously brought up was a little annoying.

although the story was entertaining enough the narration was so boring it was painful.

I enjoyed the story although I felt it was weak in places. The on going family feud when finally explained, I believe was told in the wrong place and was weak. The two main characters where strong, but at times their dialogue was also weak. The characters of Anne, Elizabeth could have been stronger and I feel could have played a stronger role. There are holes that I feel needed more work. But in saying this the story line was a good one.