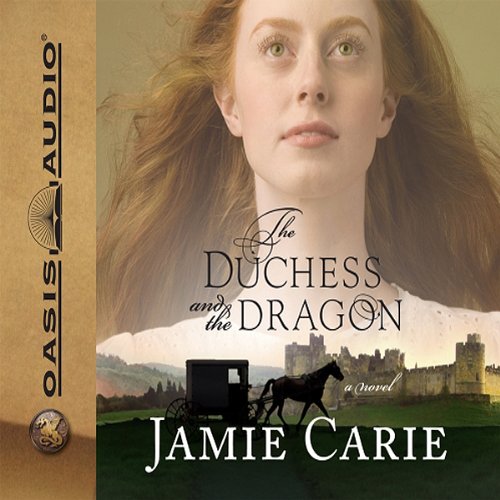 The Duchess and the Dragon

The Duchess and the Dragon

Drake Weston, Duke of Northumberland, is accustomed to a life of royalty until a tragic mistake followed by murderous rage results in his sudden flee from England. With a hoarde of money on which to survive, Drake hops a ship of indentured servants to America only to be robbed and taken ill by the merciless sea voyage.

In Pennsylvania, Serena Winter is a humble, devoted Quaker on a mission of mercy, tending the sick aboard a ship that has just arrived from England. Taken by Drake's air of dark mystery as he serve as an apprentice to her silversmith father, Serena falls in love and is excommunicated when she accepts a non-Quaker's marriage proposal. Not knowing Drake's history, Serena is later shocked to discover her new status as a duchess.

I think I enjoyed the narrator as much as the story line in this book. I didn't realize that this was a Christian Historical Romance and was plesantly surprised. I like how Drake the main character completely changed his view on humanity. I read a lot of Christian fiction and I will add this author to my list. I wish I knew who narrated this book.

I like this book a lot: there are deep describing of characters, their inner world, there relations with God, their fears...It is described very real. There is humour and adventures and it is difficult to say what the end will be.

This has a charming balance of character and a character driven story. The first chapter is a little baffling but as the story unfolds it fits. I hope this author has more books come to audible format. As to the reader, this is the best audio performance I have heard. This voice fits romance fiction well and I hope he reads more for Audible.

I love reading about how our ancestors provided healthcare during the building of this nation. Some of the actions taken didn't seem quite realistic for the times. When the Quaker lady sat on the cot beside the sick man and he ran his hand along her jaw and touched her lips, I felt sickened. Especially since this took place in the hold of the ship and he was delirious and ravaged with disease. All I could think of was, lice, feces, vomitus, and urine on that cot and on him ( and now on her mouth).

I picked this book because I like Christian based historical romances with an inspirational message, but lust seemed to overwhelm the story so I turned it off.