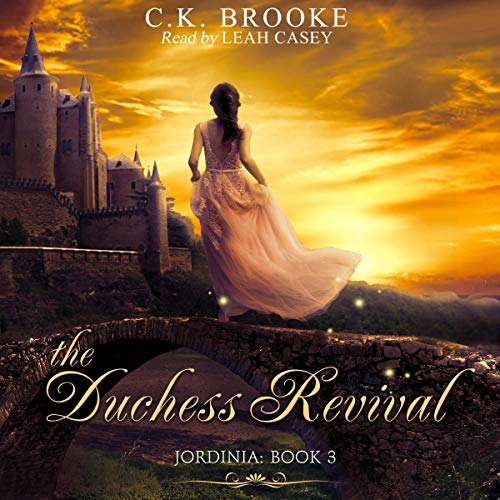 Dainy never asked for an empire. But the battle to reclaim Jordinia from the oppressive New Republic is already underway. With a strategy in place to utilize her inheritance, the duchess's husband enlists the support of a foreign king, and a little help from their friends from the northern woods to the capital city. Defiant royalists rally, coups unite, and resistance awakens, even though danger, secrets, and betrayal threaten to destroy their cause at every dark street corner. As the landscape shifts and tension between the rebels and the revivalists builds, one thing is certain: everything is about to change. Is she destined to rule, or will she rule her destiny?

War is waged, love is lost and found, and the future will forever be altered - for better or for worse - in this epic third volume of C.K. Brooke's Jordinia series.

What listeners say about The Duchess Revival

A Adventure about a girl that finds herself, in a world of turmoil and intrigue.