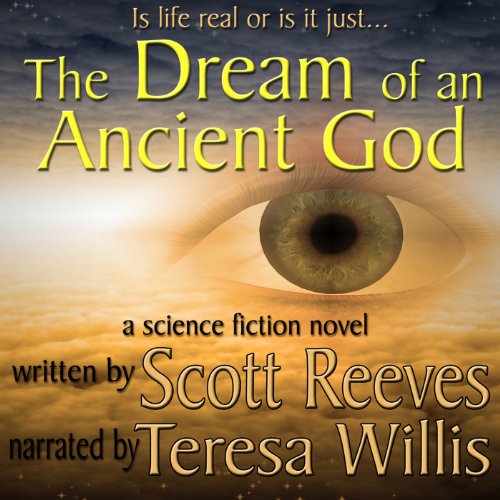 The Dream of an Ancient God

By: Scott Reeves
Narrated by: Teresa Willis
Try for $0.00

Samuel Walker is a painfully shy, bumblingly inept college student who always seems to have the worst luck at everything. Tasma Thompson is a gorgeous, carefree young woman who catches Samuel's eye. Unfortunately, she's repulsed by him. They're thrown together on a flight to Phoenix, but before they can exchange much more than names, the plane crashes in a terrorist attack and everyone on board dies. Or do they?

Samuel and Tasma abruptly find themselves at the airport terminal, having missed the flight, but with memories of having died in the flight. Gothan Jiswa is an alien on a far off world, and the practitioner of a secret, forbidden religion. He senses that reality has been altered. The source is pinpointed: Earth. An invasion force is quickly mounted. Because in a galaxy where select beings are able to alter the quantum flux of possibilities, a practice strictly controlled by the galactic emperor and his minions, someone on far off, backward Earth has just managed to alter reality in a way that shouldn't be possible.

But it is possible, according to an ancient galactic prophecy. And the one with the ability to do it is prophesied to overthrow the galactic empire, end a million years of oppression, and usher in a new golden age. Gothan and his forces converge on Earth, starting a chain of events that will lead Samuel and Tasma on a wild ride across the galaxy and into the midst of religious zealots who force them to confront the possibility that one of them may be an omnipotent god whose coming was foretold billions of years earlier.

What listeners say about The Dream of an Ancient God

Not a bad idea for a book just poorly executed. While the story had potential at times the climax was very non climatic. The story line just never matured into anything other than an idea that wasn't fully realized.