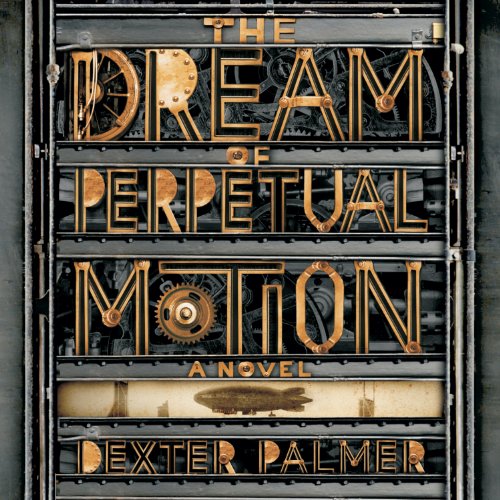 The Dream of Perpetual Motion

By: Dexter Palmer
Narrated by: William Dufris
Try for $0.00

Imprisoned aboard a zeppelin that floats above a city reminiscent of those of the classic films Metropolis and Brazil, the greeting-card writer Harold Winslow is composing his memoirs. His companions are the only woman he has ever loved, who has gone insane, and the cryogenically frozen body of her father, the devilish genius who drove her mad. The tale of Harold's decades-long thwarted love is also one in which he watches technology transform his childhood home from a mere burgeoning metropolis to a waking dream, in which the well-heeled have mechanical men for servants, deserted islands can exist within skyscrapers, and the worlds of fairy tales can be built from scratch. And as he heads toward a final, desperate confrontation with the mad inventor, he discovers that he is an unwitting participant in the creation of the greatest invention of them all: the perpetual-motion machine.

The Dream of Perpetual Motion is a memorable debut that will be one of the most talked-about books of the year.

“Palmer's dazzling debut explodes with energy and invention....This book will immediately connect with fans of Neal Stephenson and Alfred Bester, and will surely win over readers who'd ordinarily pass on anything remotely sci-fi.” ( Publishers Weekly)

What listeners say about The Dream of Perpetual Motion

The inventiveness, extent, and detail of this novel, coupled with the total immersion provided by the narrator, have made this experience the best of my 10 years with Audible. Every chapter emerged like a well-planned gift. I eagerly await more from Dexter Palmer, and my next reads will include many narrations by William Dufris.

This is the first audiobook I haven't finished. I don't write books, so I won't comment on whether it is "good" or not, but I will say it was too slow for me. It appears to be more intended as "literature" and focuses on description over action.
That being said, when I heard "I have this recurring dream..." for the 12th time, I had to shut it off.

This book was disappointing. It seemed to be an endless series of monologues. Don't waste your time.