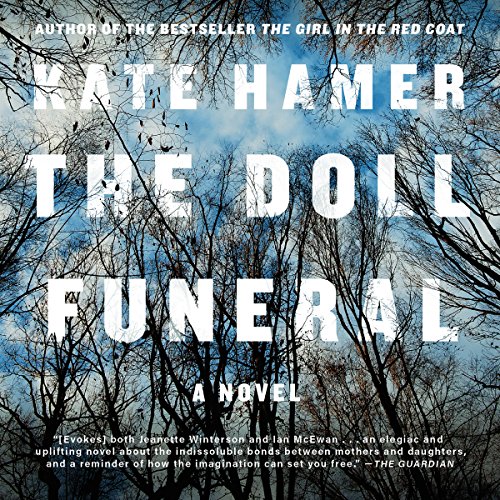 By: Kate Hamer
Narrated by: Shaun Grindell,Emma Powell
Try for $0.00

Venturing into the forest with nothing but a suitcase and the company of her only true friend - the imaginary Shadow Boy - Ruby discovers a group of siblings who live alone in the woods. The children take her in, and while they offer the closest Ruby's ever had to a family, Ruby begins to suspect that they might need her even more than she needs them. And it's not always clear what's real and what's not - or who's trying to help her and who might be a threat. Told from shifting timelines and the alternating perspectives of teenage Ruby; her mother, Anna; and even the Shadow Boy, The Doll Funeral is a dazzling follow-up to Kate Hamer's breakout debut, The Girl in the Red Coat, and a gripping, exquisitely mysterious novel about the connections that remain after a family has been broken apart.

What listeners say about The Doll Funeral