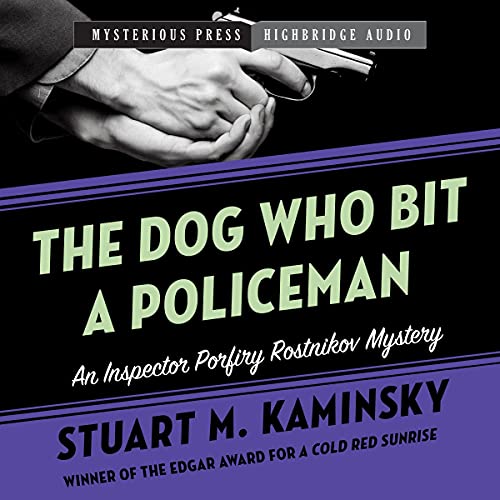 The Dog Who Bit a Policeman

By: Stuart M. Kaminsky
Narrated by: John McLain
Try for $0.00

Moscow's gone to the dogs in the "imaginative" Edgar Award-winning crime series about a conscientious Russian cop (The New York Times Book Review).

With packs of stray wild canines roaming Moscow, it was inevitable that enterprising criminals would find a way to get rich. As dogfighting became big business, the Mafia got involved, and venues upgraded from alleys and garages to private arenas with padded seats. Police Inspector Porfiry Rostnikov has assigned Sasha Tkach and Elena Timofeyeva to go undercover and bust up a dogfighting ring. But the only ones more vicious than the dogs are the ones who profit from them.

Speaking of fighting in the streets, an international drug cartel has chosen Moscow as its next port of call. One man stands in their way - a young Russian mobster whose brutality is matched only by his madness. In a gang war of this magnitude, no civilian is safe. It's up to Rostnikov and the Office of Special Investigation to prevent a full-scale bloodbath.

"As usual, Kaminsky manages to make the postlapsarian fracas strangely engrossing. His major characters are vivid and varied.... Good storytelling in yet another of a distinguished series." (Kirkus Reviews)

What listeners say about The Dog Who Bit a Policeman