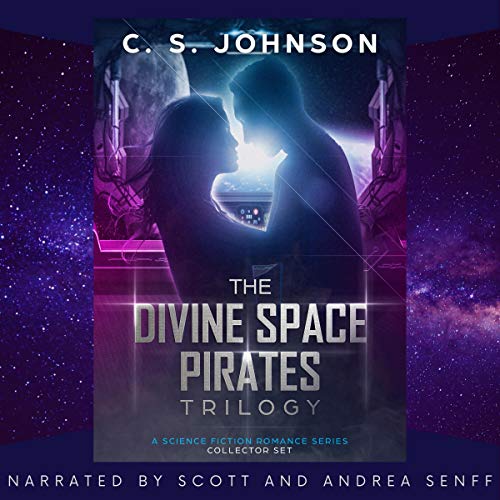 Her eyes met his, and Aerie felt the last ounce of any front she could have mustered against her feelings fall away.

She liked him. Against her better judgment, her father’s wishes, and her nation’s orders, she liked him....

I was right about him, she thought ruefully. He was dangerous, in all the wrong ways.

Aerie St. Cloud spent her life under the regime of the United Revolutionary States, working toward the day she would earn her place in the Military Academy at New Hope - and the affection and acceptance of her family unit. But when she is accidentally captured by the fearsome space pirate, Captain Chainsword, Aerie finds herself in the center of conflicts between her worlds and her heart.

Driven by vengeance, Exton Shepherd never set out to save anyone. As he circles the world in his pirated starship, the Perdition, he only sees his father's ghost lurking around every corner and looming darkness on the horizon. When Aerie tumbles into his life, he finds he is not able to ignore her - or the ongoing war between the URS and the dissenters - any longer.

As Aerie and Exton's destinies intertwine, the world increasingly falls apart as family revelations, political coups, and military forces complicate their relationship. Will love be enough to save them - and others - from certain destruction? Will their love be the force that holds everything together, or will it be the end of everything?

What listeners say about The Divine Space Pirates

The narration and writing on this were both very good. I think it is worth getting this since you get the entire series with one credit.

Finally you can get the complete Divine Space Pirates trilogy in one place. (And you don't have to wait for them!)

Scott and Andrea Senff do a great job not only with the main voice characters, but also with the multitude of other characters in the story. It's great to have the entire trilogy as one download.

I've already reviewed each title individually, but had to take a moment to comment on the great job the narrators do for this story line.