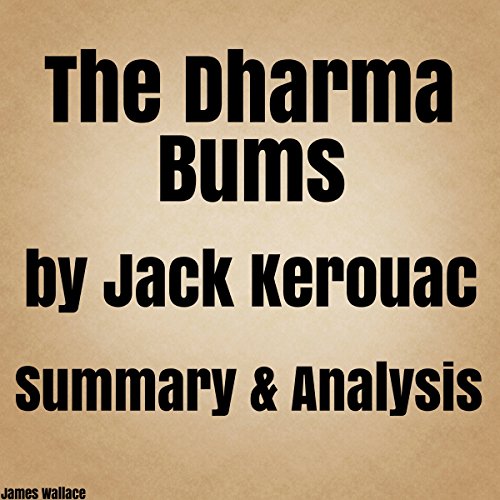 By: James Wallace
Narrated by: Max Kleinman
Try for $0.00

Note: This is a summary and analysis of The Dharma Bums and not the original book.

The Dharma Bums is a 1958 novel by Beat Generation author Jack Kerouac. The basis for the novel's semi-fictional accounts are events occurring years after the events of On the Road. The main characters are the narrator Ray Smith, based on Kerouac, and Japhy Ryder, based on the poet and essayist Gary Snyder, who was instrumental in Kerouac's introduction to Buddhism in the mid-1950s. The book concerns duality in Kerouac's life and ideals, examining the relationship of the outdoors, mountaineering, hiking, and hitchhiking through the West with his "city life" of jazz clubs, poetry readings, and drunken parties. The protagonist's search for a "Buddhist" context to his experiences (and those of others he encounters) recurs throughout the story. The book had a significant influence on the hippie counterculture of the 1960s.

What listeners say about The Dharma Bums by Jack Kerouac: Summary & Analysis

The summary contains superfluous details about minor characters while glossing over significant aspects of the text like the mountain climbing scenes. The analysis doesn’t delve into the importance of Buddhism or the symbolism within the text, such as the presence of trees evoking the bodhi tree under which Siddartha Guatama attained enlightenment. The character descriptions are cursory at best. It doesn’t even mention Japhy’s background from loggers, who CUT DOWN TREES, or his obvious role as an inauthentic poser. His translating “Om Mani Pahdme Hum” as “Amen the Thunderbolt in the Dark Void” is a huge clue to this since the translation actually approximates “The Jewel in the Lotus.” That the author of this “analysis” missed that seriously calls into question his ability to close-read literature. Furthermore, the narrator was just awful. I nearly turned it off before even hearing how bad the actual analysis was.

I am very disappointed. I just wanted the book nothing more. I can't understand why this is advertised as if it is the story. I would speak to an advisor but I am travelling and internet is so so. most upset I have ever been with Amazon products ever