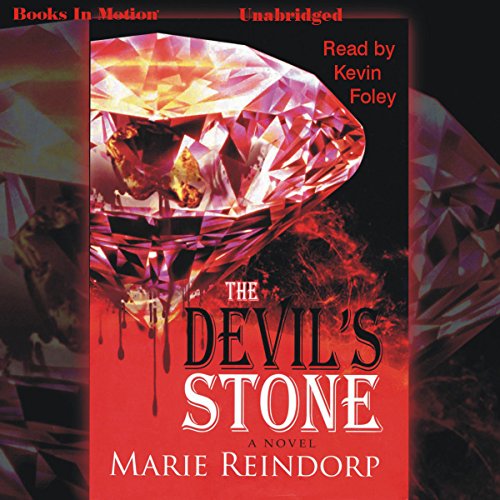 Omar Ash Raff is a man of honor. He lives in Sierra Leone, a country rife with diamond smugglers. Omar knows what those scintillating gems can do to a man. He's chased that dream all his life and on Christmas Eve decides to lay dynamite inside Okra Hill. It's the most valuable piece of diamond-rich, real-estate the country possesses. Omar intends to safeguard it from being pillaged by rebels, diamond conglomerates, and the corrupt government that will sell it to the highest bidder. The mountain belongs to the people. Laying dynamite is insurance that if they can't have it, nobody else will.

On the same day Dawn Peake's plane is diverted to Freetown. She has no intention of saying in a rebel-infested nation but from the moment she meets Omar she's drawn into the rebel conflict. They head to Kamakwie, a remote mining town where six-year old Bingo lives. Bingo owns a red stone. Flawless and larger than an orange, locals fear whoever touches it dies. The rebel leader takes it. Bingo believes it will reunite his family and wants it back. But when the entire country creates a diamond fever over the red stone Omar realizes the power he'd have if he owned it. His heart pulls in one direction while his sense of duty pulls in another.

In a land of voodoo, devils, and secret societies Omar sets out to hunt down the priceless diamond. Together, Dawn, Omar and Bingo must play their part in finding the Devil's Stone. Along the way, they form lasting relationships that changes the trio's lives forever.