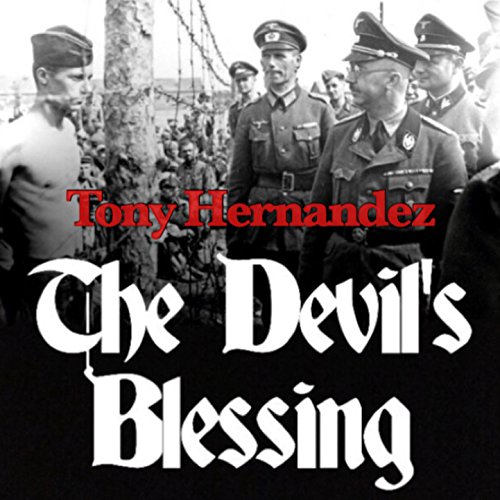 By: Tony Hernandez
Narrated by: Greg Patmore
Try for $0.00

The world is exploding.

As the Red Army marches from the east and the Allies from the west, Germany's Third Thousand Year Reich is about to come to an abrupt, violent end. Trapped in the middle are men like Otto Kunkel, forced to fight in a war that he didn't want but has to pay for the consequences nonetheless.

To what limits would you go to survive in a world of death that is falling apart from around you?

Written by Tony Hernandez, best-selling author of Slaughter & Maneuver, comes the next look into the dark corners of men's hearts.

What listeners say about The Devil's Blessing

Great book, author did a very good job writing this!! If you love reading stories about WWII you will definately enjoy this book!
**5 STARS**

War is the Devils Blessing

Better than average tale of war and how man attempts to put it all in the proper context. Much deeper than I had anticapated. Very plesant surprize. Highly recommended. Clark Taylor

The Devil's Blessing by Tony Hernandez was a good read. This book followed Otto who is forced to fight a war he doesn't want to. He was fighting for 1945 Germany. This was a story of survival even when it seems grim.