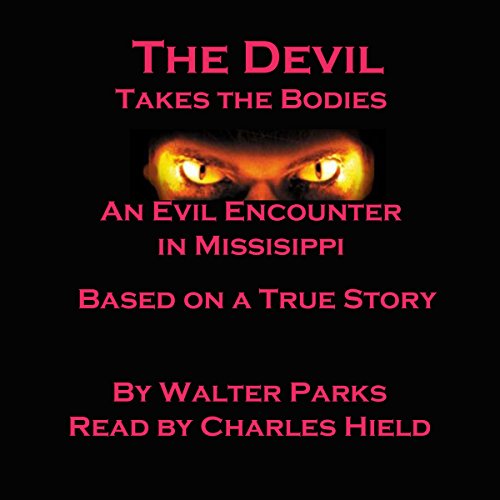 The Devil Takes the Bodies

By: Walter Parks
Narrated by: Charles Hield
Try for $0.00

The Devil Takes the Bodies of dead women and girls just before they are buried. The "half-breed" Indians living over in Itawamba County in Mississippi are suspected. Most of the disappearances happened in that county and three in Monroe County. This is the story of the nineth, 10th and 11th incidents, which occurred in Lee County.

It wasn't the suspected Indians. Two young boys were among the first witnesses in Lee County.Their curiosity and "running wild freedom" resulted in them seeing the Devil several times. Eventually he takes them too.

The Devil continues his quests and eventually takes 11 dead women and girls. And he winds up with the 11 plus three live children, the two boys and an 11-year-old girl.

The ending of the story proves that evil existed in Mississippi early in the last century. The story is told in the language of that era.

What listeners say about The Devil Takes the Bodies