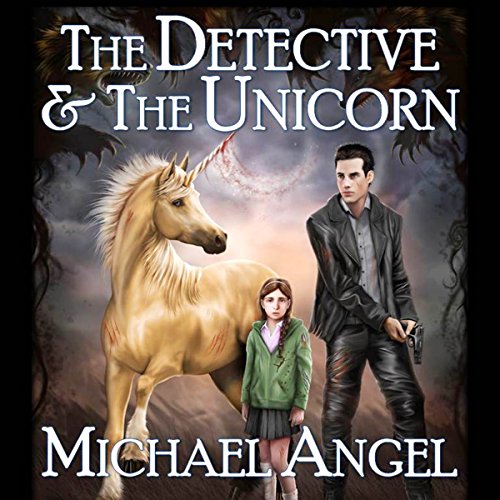 The Detective & The Unicorn

The Detective & The Unicorn

When a warlock from the magical world of the Morning Land murders Derek Ridder's friend, the LAPD detective gets a new partner. Her name's Tavia, and she's a brash, driven unicorn filly. She identifies the killer as Sir William Teach, the one man she's sworn to capture or kill at all cost.

Together, Derek and Tavia race to uncover Teach's dark plans to unleash an ancient evil in order to conquer both of their worlds. Their path takes them through Los Angeles and deep into the fantasy realm of the Morning Land.

Along the way, they discover what can break a mythical creature's heart, what can heal death itself, and whether or not one needs to be virgin-pure in order to touch a unicorn.

I found this very entertaining

What made the experience of listening to The Detective & The Unicorn the most enjoyable?

It was such a different type of urban fantasy, and done very well

Have you listened to any of Alexander Edward Trefethen’s other performances before? How does this one compare?

No this was my first and I was very pleased

Yes the very end when Derek and Tavia had to part

I hope that Michael Angel writes another book about these two characters it would really be great to carry on as a series.

“To die, to sleep –
To sleep, perchance to dream – ay, there’s the rub,
For in this sleep of death what dreams may come…”
― William Shakespeare, Hamlet

I’ve learned that no matter what happens, or how bad it seems today, life does go on, and it will be better tomorrow. – Maya Angelou
____________
The photo of a snow-white Pegasus in the company of the President of the United States had made the front page of the Los Angeles Times twice now. Both times this happened, someone close to me has been killed.

Derek Ridder knows about death. About loss, and pain, true. But most of all, he knows about Death. A Los Angeles cop, he sees humanity at it’s very worst; it’s darkest, cruelest moments. Three years ago, he saw that front page photo only moments before his beloved wife, Beth, died – the victim of a suicide who decided to take many with him when he parked in the path of an oncoming train. And the second time.

Now, Derek Ridder’s life has been turned upside down, his niece and sister-in-law threatened, and the very fate of our world, The Other World as it is called by those who populate the dimension which has paralleled and overlapped our own, may come down to whether or not Derek, and those who help him, can find the key to destroying a man – a man who is also a Monster.

It is called The Morning Land. A land of pegasi and unicorn, of dryads and wizards and all manner of things that go bump in the night. And in this land, a wizard has gone mad, threatening our world, and his, with total annihilation at the teeth and claws of a demon horde.

Stuck in the middle of a war, Derek must do all he can to save the worlds, to take out the wizard who will use both technology and magic to become the mighty foot on the throat of our world.

There are so many ways to be brave in this world. Sometimes bravery involves laying down your life for something bigger than yourself, or for someone else. Sometimes it involves giving up everything you have ever known, or everyone you have ever loved, for the sake of something greater. – Veronica Roth, Allegiant

Much like Hamlet, Derek’s life had lost all meaning. But will he reach beyond, into what and who he was before, and use his pain to save his world? And possibly, his own soul?

Much like others of his work, such as Centaur of the Crime or The Deer Prince’s Murder, there is a strong fantasy theme throughout, which harkens back to the original Grimm, were fairies weren’t cute little winged creatures, and Red Riding Hood’s story was filled with blood. Angel’s works cross the boundaries of reality and magic, of this world and the next, and for all of their vast readability and notes of humour, there is lying underneath a dark pool of pain – and an immeasurable depth of hope.
____
If you follow my reviews you will know that Mr. Angel and I have a working relationship, and yes, the author gave the book to me. What must be taken into account is that we have that relationship because I truly enjoy his work. If he were to blow it, well, I would let you know. However, as always, Michael charmed me with his wit and wisdom, his humor and understanding. This book is highly recommended for lovers of Urban Fantasy and Fairy Tales. And anyone else who simply loves a well-crafted tale. Enjoy!

Once I started listening to this story I found myself taking every spare minute to listen to this book.
Lots of intesting characters and a great story!