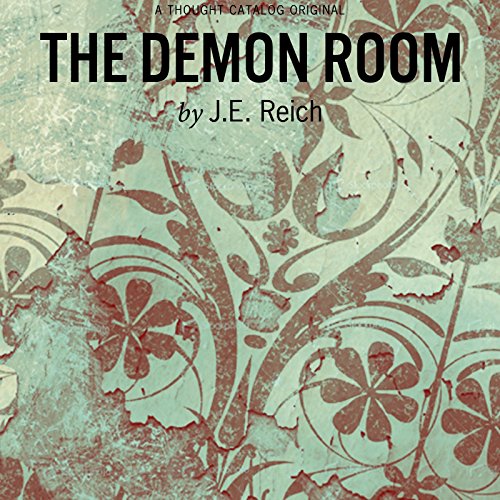 There had been two demons in Modigliani’s life. One was a fever and one was a woman. The Demon Room tells the story of the debauched and troubled artist Amedeo Modigliani through the eyes of Leo, his art dealer, friend, and rival. Consumed by the thought of his own demise, Modigliani throttles through life - and women - hoping to escape the demons that plague him. But when he stumbles into the arms of Jeanne, a young and struggling artist, his salvation might also be his undoing.

From the absinthe-soaked streets of 1920s Paris to the salons of the rich and famous, with an astounding voice, The Demon Room depicts a world where obsession, lust, and art go hand in hand, and where your downfall might also be your lasting achievement. Fiction writer J. E. Reich's lyrical, moving, and riveting debut is sure to grip you long after the last lines.

About the Author: J. E. Reich hails from Pittsburgh and received her MA in English Literature from Brooklyn College. Her writing has appeared in Armchair/Shotgun, Everyday Genius, Volume 1 Brooklyn, gigantic sequins, Plain China: The Best of Undergraduate Writing 2010, and other publications. She was nominated for a Pushcart Prize in 2010 and in 2012. A Brooklyn resident, she is a contributor at Thought Catalog and is working on her first novel.