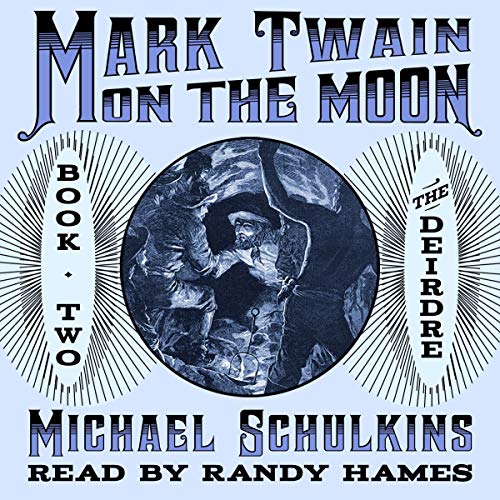 By: Michael Schulkins
Narrated by: Randy Hames
Try for $0.00

The amazing, perilous, sometimes hilarious adventures of Samuel Clemens on the Moon continue in The Deirdre, book two of the Mark Twain on the Moon saga.

At the end of book one, Prospectors!, Sam and his partner Calvin found themselves stranded in a remote crater, down to their last cylinder of air.

In book two, they are dramatically rescued by the men of The Deirdre, an ice mine on the crater’s rim, and forced into indentured servitude, digging for ice deep under the surface of the Moon. But when the Deirdres jump a neighboring claim, and no-nonsense Calvin hears the cries of a long-dead miner on his radio, life inside the Moon turns deadly, and soon Sam needs all of his wits, and a six-gun, to keep himself and the Deirdres alive.

What listeners say about The Deirdre

Let's start with the narration. Stellar. He does a fantastic job making you feel like you are listening to Mr. Clemens tell this tale to you from his perspective. Just a wonderful job.

The story is a good continuation from book 1. This book feels more complete than the last one did and the two of them combined make for a great story all together! I look forward to book 3.