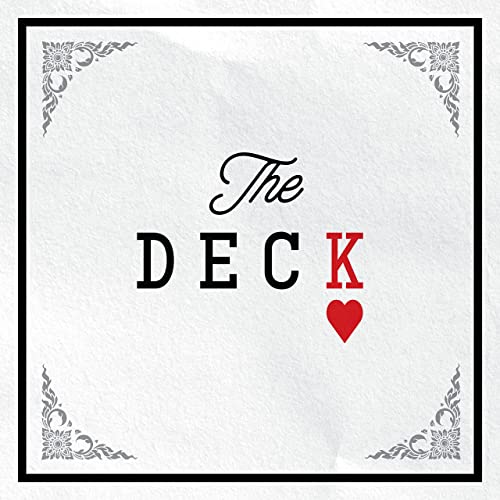 What listeners say about The Deck

These productions from audioChuck are the best. So easy listening. Not as many ads. Professional. Add subject is appropriate. I learn new things even if it is a case I know. I love Ashley.

Good, but Could be Better

I have high expectations of Ashley because I believe she is a trailblazer. Her stories, narration, and research are excellent. She tends to have trivial things that really ruin the podcast (not just this one. It's part of the trademark, I suppose! 😂)
The ads and their placement really ticks me off, especially because we don't have the option to subscribe and pay for ad-free content. Also, the intro at the beginning of each episode is unnecessary, and half a minute of theme music is just obnoxiously unnecessary! It's not even good music! Of the hundreds of podcasts I've listened to, only ONE had a stunning intro/theme song. It's the Culpable podcast, and the theme song is by the Dirt Poor Robins. You can find it on YouTube. If yours is not of that caliber, half a minute is far, far too long.

Loving this so far. Honestly anything involving Ashley or Brit I’m on board! And can’t wait to see if anything gets to help solves these cold cases from listeners !

I love this podcast. truly a good dive into cold case mysteries. I hope it's more.

Very well done and beautifully narrated. I hope they keep making more episodes. I am hooked.

I personally love all of their content, excited to see where this podcast takes us! big fan of bringing awareness to cold cases / missing people and at the very least letting their families know their loved ones have not just been lost in a stack of cases.
Stay safe!!

I just finished both episodes and found them to be riveting. You find you want to do as much as you can to help these families