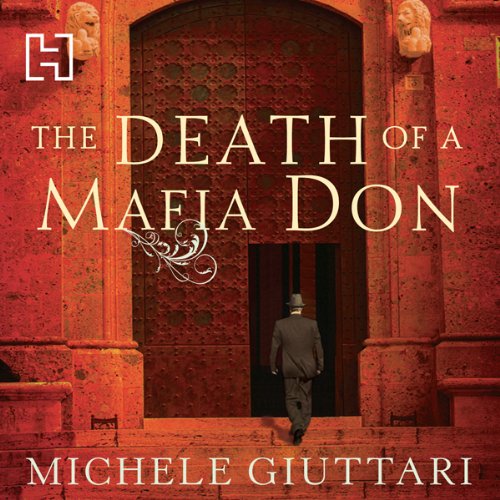 The Death of a Mafia Don

By: Michele Giuttari
Narrated by: Sean Barrett
Try for $0.00

A bomb explodes in the centre of Florence, hitting the car of Chief Superintendent Michele Ferrara of the elite Squadra Mobile. The attack rocks the ancient city to its foundations. Ferrara was clearly the target - and he did, after all, just controversially imprison notorious Mafia boss Salvatore Laprua.

A week later, another bomb explodes - bringing tragedy for Ferrara and a determination to find the culprit. But that same morning, Salvatore Laprua is found dead in his prison cell. So who is the mysterious influence behind the bombings - someone even the Mafia fear?

An ingenious, gripping mystery, The Death of a Mafia Don has been a best seller in Italy and across Europe. Written by former Florence police chief Michele Giuttari, it offers a fascinating insight into the secret world of the Mafia and of life in Florence.

What listeners say about The Death of a Mafia Don

Why the buzz about Michele Giuttari?

Sean Barrett as narrator, does have a voice and style for many European writers. He is good.


The translation does have a few "iffy" snags that kind of gave me me a few mental ' what is this?' pauses and I lost the plot for a minute/nano second and had to rewind to see what I had missed. Like the co ordinates on a map.. grid reference.. In a lot of ways I really found such difficulties charming. English is not an easy language so I am told. The story does move very fast at times so even the moments of sorting out "inches" from "minutes" can leave a villain on the winning team.

It seems the stories are early 2000's based and so a little dated. (Is evil ever dated?) They are interesting and thank heaven they do not follow the US formula in writing style. I wish my Italian was good enough to read in the original.

While Sean Barret is narrating I will download more books in future because I find the stories interesting from a cultural point of view. Not in the class of Gianrico Carofiglio (A Fine Line) though maybe a better translation to English could lift the nuance and possibly humour that seems to be lost..in translation..
So just three stars.

Would you consider the audio edition of The Death of a Mafia Don to be better than the print version?

I don't know. I read one of this writer's books and listened to "The Death of a Mafia Don". Enjoyed both very much.

The main character because he wasn't 'over the top'. He reacted like a real person. Being that the author was a policeman he also has a good knowledge of police procedure. I live in Italy and have taught English at the Police Headquarters so I have an idea of what is accurate. I have also lived here for 35 years.

Everything! He's about as good as it gets and he never shouts and whispers as some narrators do making listening very difficult while driving the car.

Yes, will be looking out for more of the same author.

This must be one of most thrilling book I read. What a story and the death of a Mafia Don is just the beginning a must read